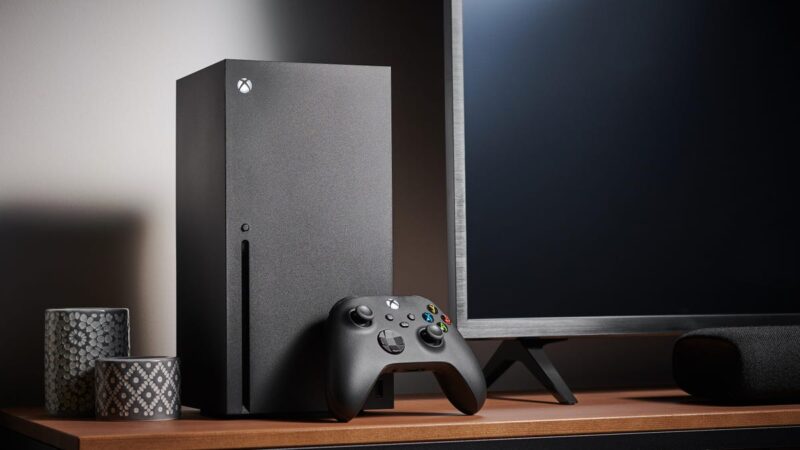 Xbox Series X doesn’t look too good design-wise. Then you look at the PlayStation 5 and the way it is made the design and aesthetics look incredible Sony’s new dual-winged dual-tone console and its matching rebranded controller look new and up for the grab.

Microsoft’s offering a console that looks plain but works great when it comes to the performance of the Series X. The design of Series X is a cube with a straight line and no curves for people who have OCD will love it for its compact and straight design because it’s satisfying.

The Xbox Series X when it came out had a distinct lack of games in its Xbox game library but a year after the launch it looks like Xbox is getting to its pace because of the Xbox game pass and the new games that are getting released to show the real power of the gaming console.

The Xbox game pass comes with cross-platform games which will enhance a player’s gaming experience on a console. You would also get backward compatibility which means that the new Series X will be able to accommodate all the games that Microsoft came out with from Xbox 360 to Series X.

Now PC gamers can play co-op with Xbox players and enjoy the freedom that wasn’t there a year back. Microsoft taking this decision of cross-platform gaming has got Xbox an upper hand with the game library and freedom of playing with other people on PC or Xbox or any other devices in that matter.

It may look boring on the outside, but the Xbox Series X is a beast from the inside. In technical terms, it’s got a custom chip and graphics unit supplied with an AMD 8-core AMD Zen 2 CPU clocked at 3.8GHz (3.6GHz with SMT, or simultaneous multithreading), and an AMD RDNA 2 GPU with 52 CUs (compute units) and clocked at 1.825 GHz.

The latter delivers 12.15 teraflops of power, which is more than the PlayStation 5 (10.28 teraflops) offers. But the PS5‘s GPU — also AMD RDNA 2, clocked faster (2.23GHz) but with fewer compute units (36) — is capable of variable frequency (GHz). The PS5 also has the same CPU as the Series X in the custom-made 8-core AMD Zen 2, but it’s got a lower clock speed (3.5 GHz with SMT) with variable frequency capability.

The new Xbox Series X controller isn’t new rather they revised the gamepad which came out with Xbox One. While it may bear the same name as its predecessor and with a similar design, the Xbox Wireless Controller has improved over Microsoft’s previous core gamepads.

The Xbox gamepad does feel familiar yet subtly improved with redefined geometry for a more ergonomically friendly, with improved tactile buttons and the new textures do give a better experience in gaming.

The Xbox Series X gamepad is inspired by the Xbox Elite Wireless Controller series 2 which has a lot of features. The new controller looks sleek, has accessible controls, and is affordable which feels nice to use in hand.

The most significant changes to the controller are the addition of the Share button and the hybrid D-pad. The Share button acts as a screenshot button, allowing you to easily screen-record your game. A single click takes a snapshot while holding the button down for longer records a 15-second video by default, the duration of recording can be changed.

So this was all about the Xbox Series X Gaming Console. Let us know down in the comments below what do you think about the latest Xbox Console and the Xbox Gamepass.