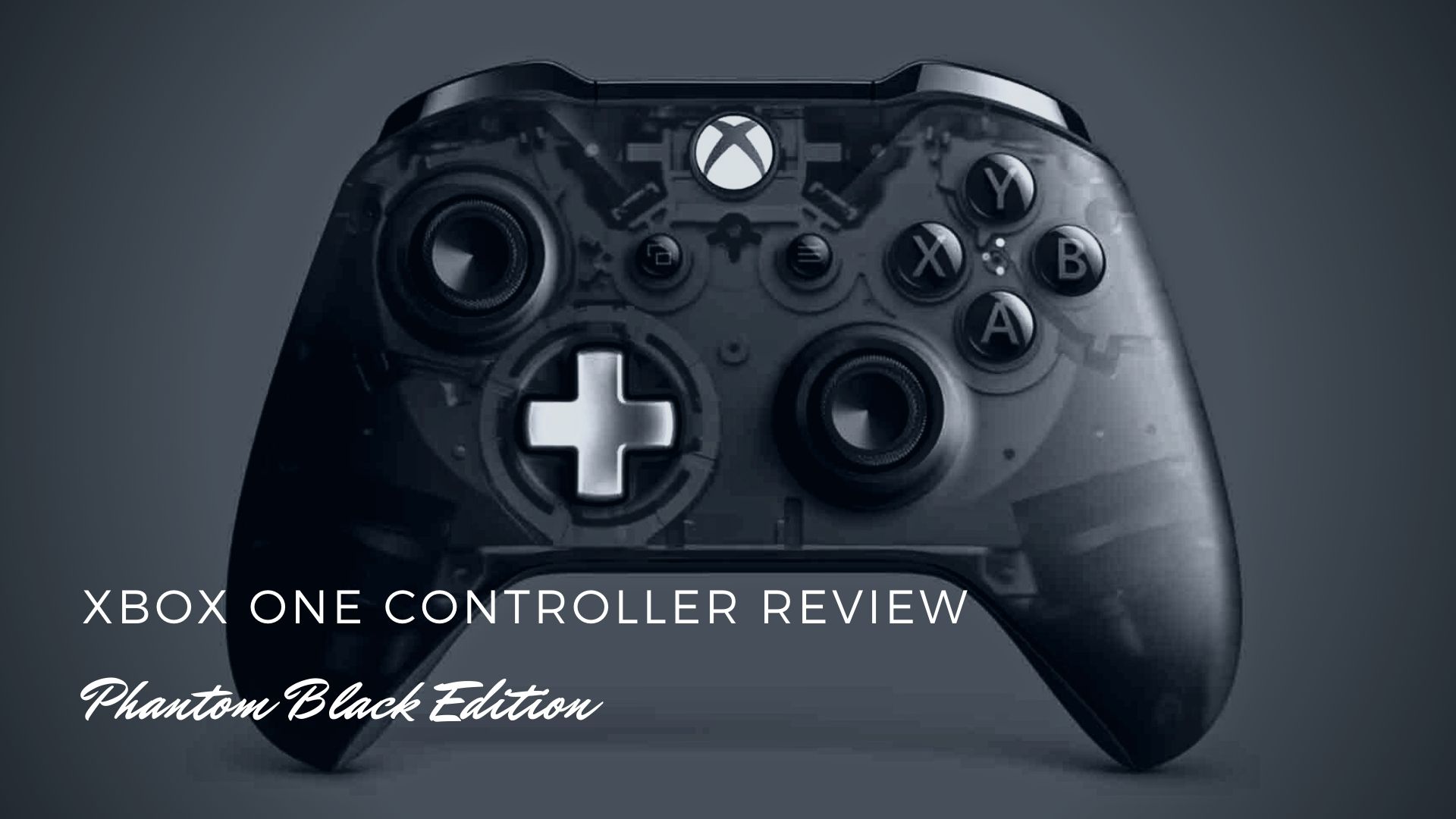 The Xbox Gamepad for PC is simply the one of best Gaming Controllers out in the market. Period.

Microsoft is well known for its Xbox One Gamepad for PC. They release a lot of different custom editions of Xbox Pad like the Sea of Thieves Edition, Gears of War Edition, and other exclusive custom designs that you can make from NFL Designs Lab for PC. They also have a full arsenal of nice custom designs including the Razer Ultimate Wolverine skin which is absolutely amazing but this Xbox One Controller Phantom Black edition which we possess is extremely special as well. Let’s check it out.

So we have the Microsoft Xbox One Controller for PC with us and let us quickly unbox it and take a look at it.

This 3rd Gen Xbox Gamepad for PC has a Black and Golden gradient finish. The top of the Controller is translucent and you can all the circuit boards are visible on the inside. The effect gives a different look and feels to the Gamepad itself.

You get all the usual connectivity features like the 3.5mm jack for your headphones and headsets, a large base port for chat pads and audio mixers, USB Charging port on the top, and a battery compartment at the back.

This Phantom Black edition Xbox Wireless Controller for PC stands out among all the other variants that Microsoft launched. Talking about the aesthetics, the translucent fading shell gives this gamepad a totally different look. The shimmering grey coating on the shell with black and golden gradient color. As the color fades out slowly the way you go up, you can see the internals through the translucent shell.

The color scheme on the controller makes it look and feel more premium. When a source of light falls on the controller, the gray tone fades away and you will be able to see the internals of the shell. Removing away from the light or viewing at a low & different angle or shadows make the gray translucent parts fully black.

This controller features Bluetooth Support so it will support any modern PC with a compatible Bluetooth receiver or laptop which has support for Windows 10. This controller can be used both wired and wireless.

There aren’t many negatives about the Xbox one controller. The only thing is the price, which is around Rs.6499. It might be a little steep but it is well worth it. The quality is unmatchable with any other gamepad in the market.
The Xbox wireless adapter for Windows 10 is sold separately. You will need to purchase that in order to play wirelessly with your Xbox One Controller PC.

This Phantom Black Microsoft Xbox One Controller is one of a kind and can be a great collector’s item if you are into collecting. But if you want to use it as your daily for gaming, it will serve the purpose really well. The experience of using this controller is very nice. The buttons are responsive and support almost all PC Games.
The way the color scheme and the gamepad design reacts to the different light source. Thus giving it the type of look and feel that will not be present on any other gamepads.

Thats all for now
Until next time!

PC Games to Play when you are stuck at home