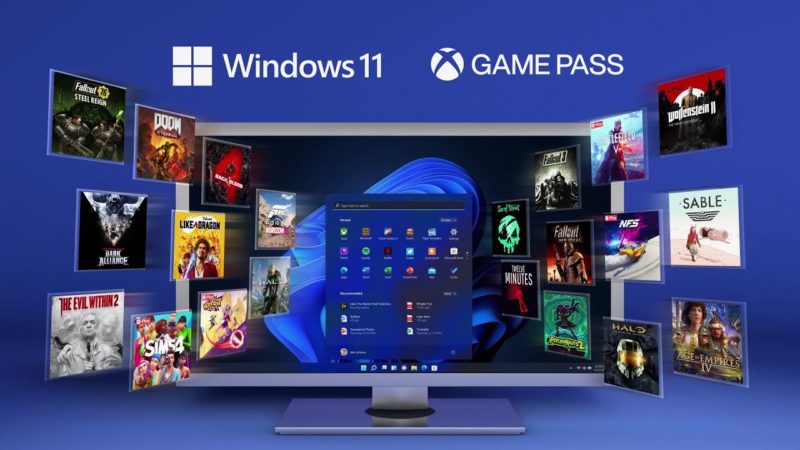 We will show you the Gaming performance benchmark between the all-new Windows 11 vs Windows 10, how much of a difference it makes in performance and whether it is worth upgrading to the latest Microsoft Windows 11 for Gaming.

Windows 10 is still used by 75% of systems when writing this article. Windows 11 in 2022 is still new for many users who haven’t shifted from Windows 10 to Windows 11 because of multiple issues. The first issue is that you need to have TPM 2.0 module support. Now, this TPM 2.0 is not supported on the older hardware. For example, if you are still running a 7th Generation Intel Processor or an AMD last generation processor, you won’t be able to run Windows 11.

And for many people, that has been the case because most PC users are not upgrading their systems because of the Global chip shortage. So there are a lot of users who are still using Windows 10 in their designs. Another reason is that Windows 11 right now is not fully optimized, and most people who upgraded to the Windows 11 have reverted to Windows 10.

The third reason is that most users do not like the new User Interface as the OS is still a little bit buggy and laggy at the same time. The final and the most critical reason is performance. The Performance of the Windows 11 is at par with Windows 10. Apart from the improved UI design and specific security improvements, it is more or less the same operating system as Windows 10.

But that doesn’t mean Windows 11 is not worth upgrading. It is worth upgrading because of the improved security features, new layouts and designs which supposedly focus on Multitasking. Also, Microsoft claims that games will run the best when paired with the latest Windows 11 operating system.

We use both Windows 10 and 11, and as per our experience, both perform equally well. It is also interesting that PCs and laptops used for business and banking work prefer Windows 11 rather than 10. And Microsoft is continuously working on improving the user experience. Within the coming years and with the introduction of DDR5 Memory in the market, Windows 11 will be a mainstream platform and replace our favourite Windows 10.

So we decided to check the gaming performance against both of these operating systems to check which one performs the better. Since most of my audience are gamers, this will be a perfect guide to deciding whether it is worth upgrading to Windows 11.

So without further delay, let’s check out the gaming performance benchmarks between Microsoft Windows 11 vs Windows 10.

We ran games at 2K 1440p resolutions for both the operating systems and cranked up the settings as much as possible. Here are the test results below.

Is it worth upgrading to Windows 11 for Gaming?

Well, it depends upon you. You will not be losing out on performance or getting extra benefits. But upgrading to the latest operating system ensures you have the latest up-to-date security and performance updates along with the support for all the latest devices. Since Microsoft is continuously improving Windows 11, most likely, the performance will increase once the new Intel 13th Generation Chips and the AMD Ryzen 7000 Series with the DDR5 Platform are mainstream in the PC Gaming Market.

So this was all about Windows 11 vs Windows 10 Gaming Performance Benchmarks. If you think we have missed out on anything, let us know in the comments.