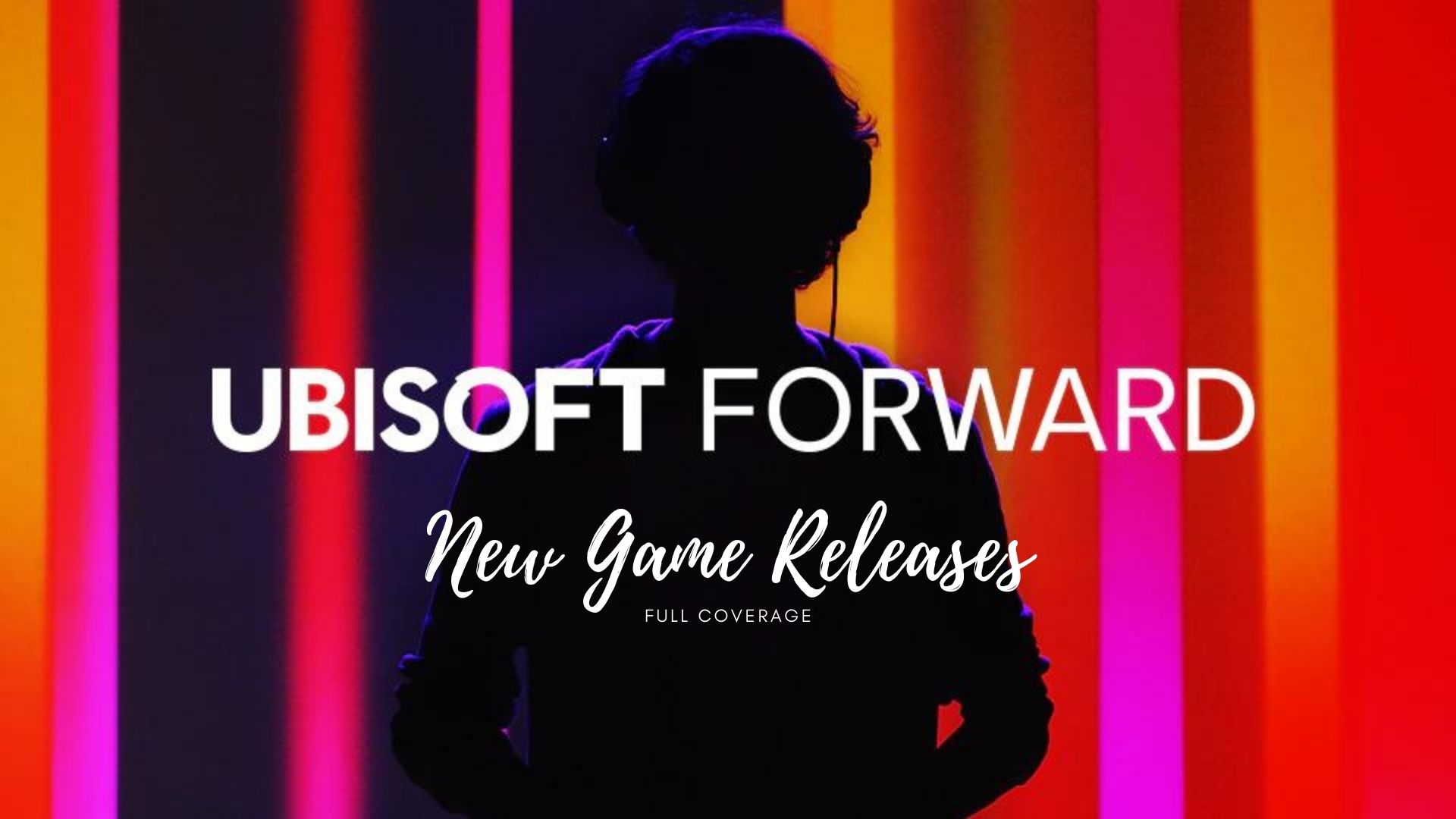 Lets see what Ubisoft Forward 2021 has to offer us at E3 this year!

Ubisoft Forward 2021, Ubisoft’s Showcase event was held at E3 2021 and they showed off some of the exciting new games newer updates that they will be launching for some existing games as they decided to support certain games this year as well. We had some speculations about a new Splinter Cell game in works but sadly we wont be seeing Sam Fisher this year.
So here is everything that Ubisoft Forward showed as at E3.

After four years of announcement we are finally getting to see the first look of Avatar. Ubisoft brings us to the beautiful Pandora, a world filled with various creatures. It is going to be a first person action adventure game. Avatar uses the Snowdrop Engine that was built for The Division. Earlier announced in 2017, it was delayed last year to arrive in 2022. This game shows the battle between the Na’vi and the Humans and their destructive machinery.

Ubisoft decided to support this game for the second year and we think that this is the first time that an Assassins Creed game is being taken forward to support with new DLC and constant updates for one more year. So for this year they announced a new DLC called the Seige of Paris which will feature Eivor and his warband attacking the French Capital. This French Expansion will be termed as one of the most ambitious battle in the Viking History. Also there will be future expansions which will feature Odin.

Following Rainbow Six Siege’s entry in the the Sixth Year, it was announced at Ubisoft forward 2021, that they have planned to start Crossplay from June 30th and it will be between the PC, Google Stadia & the Amazon Luna. While the Playstation & Xbox Cross progression is coming out in early 2022.

Along with it, they also announced a new operator known as the Thunderbird, and will be joining the Nomad as a defender.

We were expecting a new Rainbow Six game at Ubisoft Forward 2021 Showcase event and yes they showed us a new Rainbow Six Extraction game. This is a Multiplayer Coop game where you along with two other can team up and battle the Archaen parasites. It is about infiltrating an area filled with alien enemies using the same tactics and strategies. There are incursions where you can venture out with your friends to rescue a fellow operator from the Archaens. The Rainbow Six Extraction is coming out on 16th of September 2021.

A new installment of Just Dance 2022 is releasing on the 4th of Novemeber 2021 with more than 40 new songs for you to dance to and will also include an exclusive version which will feature Todrick Halls song Nails, Hair, Hips and Heels.

We finally got to see the multiplayer open world Riding game, Riders Republic. The trailer exactly shows off what you can do in game. It is a world filled amazing tracks and locations. The players can have a career or compete with friends, participate in bike riding, snowboarding, skiing and fly around with wingsuits on. You can get ratings according to your performances and stunts. Whatever you do in this world affects your stats. The graphics are incredible and the trailer looks immense fun.

This year it marks the 20th Anniversary of Tom Clancy’s Ghost Recon Franchise. So Ubisoft announced this year to be the year of the Ghosts. As they will be constantly pushing out new updates and new DLCs to support this game this year.

Revealed yesterday, a trailer Far Cry 6 from the Ubisoft Forward 2021 E3 Conference, highlighting the villain Anton Castillo as he commandeers a boat full of people trying to flee from his island including his son Diego. Anton comes down the stairs, takes the boy from them and asked his men to kill every single one of them those who are aboard. The Far Cry 6 will be releasing on the 7th of October and it will have a lot of new game elements and will feature the largest location of the Far Cry Series yet.

So this was all about Ubisoft Forward 2021 Game Showcase Event. Apart from these, Ubisoft also announced Rocksmith Plus Subscription service for its very popular guitar teaching software which allows you to plug in your guitar and learn the songs from the list. With the plus subscription you will be having access to more songs to learn and practise too.

Thats all for today..
Until next time..