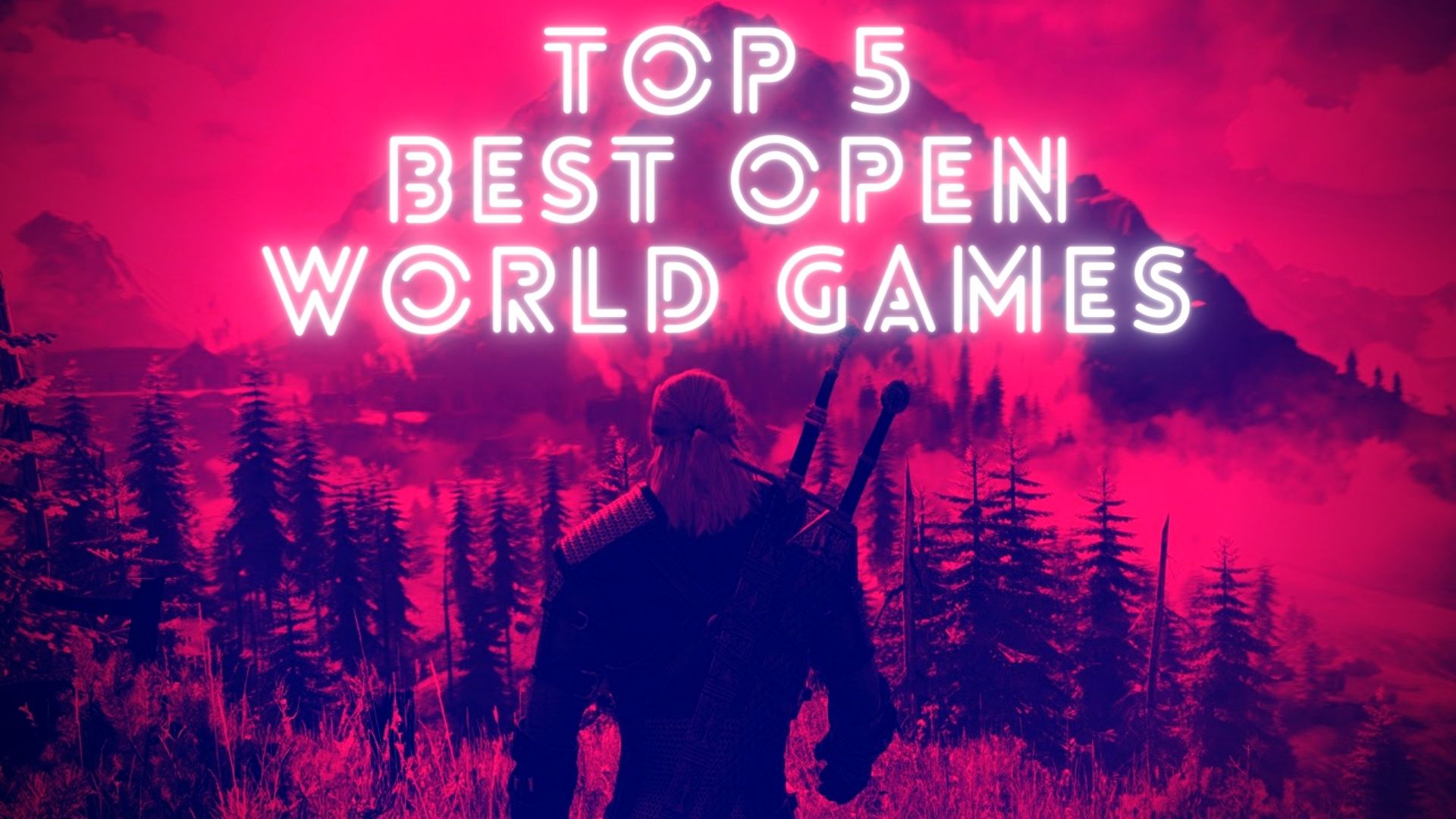 Open world games gives you the freedom to roam around the full map and do your own thing at a different level of immersion and experience. The game which revolutionized open world game is Grand Theft Auto. Years after years they released new editions of their games which were fully open and you can do anything you wish in that world filled with interactable non-playable characters (NPCs). Specially as the developers saw the potential of GTA 3 being an open world game and massive, most of the game developers started pushing towards developing their games based on an open world gameplay. So we have listed the top 5 Open World Games for you to play on PC in 2021.

The first game in our Top 5 Open World Games is Watch Dogs Legion.

Watch Dogs Legion is an open world Action Adventure Game developed by Ubisoft Toronto and published by Ubisoft last year in 2020. The game is set in London where the Hacker Syndicate Dedsec is trying to clear off their names from the recorded after they have been framed in serial bombings and terrorist activities.

The hacker syndicate also tries to liberate London from the control of Albion, a private military company, which turned the city of London into a surveillance center after the terrorist activities. The players will be able to hack into systems, drive fast cars and bikes, sneak around the whole city of London at night and take out enemies or cops. The gameplay is excellent and the world is filled with vibrant colors. There is also an online multiplayer mode available where players can team up with their friends and explore the open world universe.

This is their third installment in their popular Watch Dogs Series and a sequel to Watch dogs 2 which was released in 2016.

Far Cry 5 is an open world first person shooter game developed by Ubisoft Montreal and published by Ubisoft in 2018. The game is set in a fictional region of Montana, Hope County, in the United States. The story is set liberate the county from the control of the Joseph Seed, an influential and a powerful leader of the doomsday cult, Project at Eden’s Gate. He has taken over the county with his charisma and as a commanding leader.

The player will take control of an unnamed sheriff who gets stuck in that county and you have to work with the factions in order to liberate the County from the rule of the Seed family. The gameplay will be mainly focused on enemy battle, hunting dangerous wildlife, full map explorations, outpost captures with a gripping storyline. It is a fun filled world where you have the utmost freedom to do anything.

This game won the Titanium Awards for the Best Action Game of 2018.

The third game in our Top 5 best open world games is Days Gone.

Days gone is an open world action adventure survival game developed by the Bend Studios published by Sony Interactive for both PlayStation 4 Console and also for PC. It was released for the consoles in the 2019 and for the PC in 2021.

This game is set in an open world pro-apocalyptic world, three years after the global pandemic, a former outlaw saw the possibility of his wife Sarah to be still alive. This is the story of an outlaw turned drifter who sets off to a quest to find his missing wife. The journey will be filled with battling cannibal like humans or zombies also known as Freakers in the game. The players will be able to use a wide array of weapons along with Deacon’s motorcycle which will be his primary mode of transportation throughout the game.

The graphics are gorgeous but comes only in Single Player Mode. Although a Multiplayer Co-op mode would have been great addition.

ALSO READ | CHECK OUT THE ALL NEW GAMING LAPTOPS FROM MSI

Mafia Definitive Edition is an Open World Action Adventure game developed by Hangar 13 and published by 2K Studios released last year in 2020. This game is the remake of the extremely popular Mafia game which came out in 2002. This is the fourth installment of the Mafia game series.

The game is set in the city of Lost Haven (a 1930s fictional Chicago based city) and story follows the rise and fall of the a Sicilian American cab driver, the main protagonist, Tommy Angelo within the Salieri Crime Family. This is by far one of the best story telling games ever.

The last game in our top 5 best open world games list is Witcher 3.

Originally developed by a Polish developer, CD Projekt Red and is based on the novels based on The Witcher series written by Andrzej Sapkowski. This game is a third installment of the popular Witcher game series and sequel to the Witcher 2 : Assassins of Kings. This game is based on Slavonic Mythology. The player gets to control a hired monster slayer, the Geralt of Revia also known as the Witcher. He is on his quest to find his adopted daughter who is on the run from the otherworldly Wild Hunt creatures.

This game features beautiful locations and battles with the enemies with a wide array of weapons and magic. You can also interact with the NPCs, complete side quests and earn gold and rewards. With that you will be able to craft and upgrade various weapons and armory. The developer also releases new game DLCs which are equally fun and challenging. A must play game for every Role play action gamer out there.

Buy these games on Steam

Until next time..
Thank you for reading till the end!