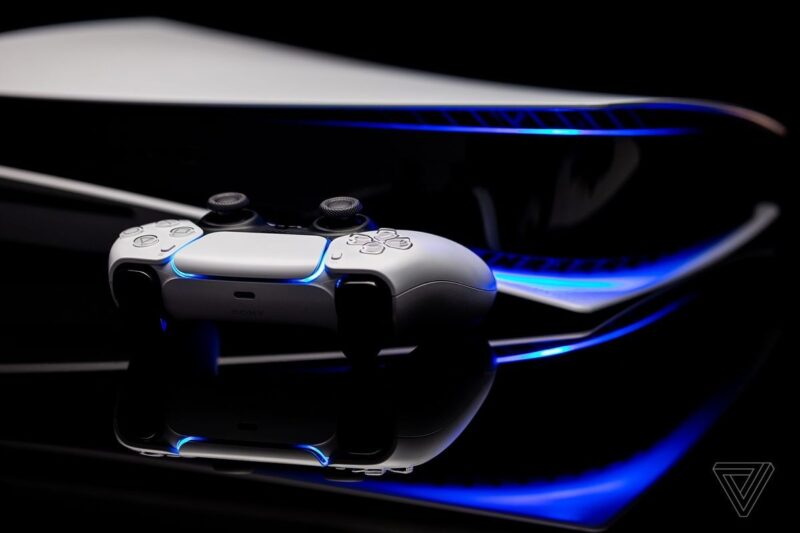 Every game-loving person would love to buy a console. So we bought you the Top 5 Best Gaming Consoles that you can buy!

The era of console gaming has changed significantly throughout the years. The number of console makers has also increased in past years. There is a choice to make from the variety of gaming consoles we get now.

The choice is great because that means you can get a console that will perfectly suit your budget and your gaming choices. But it can also make the search more difficult. Of course, some games are exclusive and might seal the deal and save some time for you.

Nowadays most games are multi-platform, then we also need to look at resolution and frame rate capabilities to consider what gaming console to chose from. All in all, the choices are gonna be tough.

So without further delay let’s quickly check out the top 5 best gaming consoles available in 2022.

The latest Xbox and arguably the best and it’s a fantastic piece of hardware. The new Xbox Series X is super fast and surprisingly quiet. It delivers great power very close to a high-end gaming PC. The Xbox series X supports all the old games as in you will be able to play select Xbox, Xbox 360, Xbox One, and, Xbox series X games. A huge win for gamers as well as game preservation and restoration.

The Xbox Series X also has an option of Game Pass, one of the best ways to save money in gaming without buying all the games. With more than 100 heavy-hitting games on the roster and has spoken about XCloudintegration where gamers can explore and test out new titles for a low monthly charge just like Netflix.

The library is not only about last generation games but new Gen games are coming to the library. There are plenty of newer triple-A titles that’d cost you a premium if you were to buy them right now. Game Pass is available to PC gamers as well, because of cross-platform gaming, the number of games is increasing in the library. This is where Sony falls a bit behind Microsoft.

It is the most popular console of all time and always has the best launch of any console to date. The atmosphere changes whenever there’s a new Playstation is coming out.

The PS5 currently has the upper hand when it comes to games. PlayStation gamers have been enjoying titles like Marvel’s Spider-Man: Miles Morales, and Demon’s Souls,

Sony also has finally brought backward compatibility into the Playstation 5. The PS5 buyers will be able to play most PS4 games, so you won’t miss out on late-gen titles like Ghost of Tsunami, The Last Of Us, and, Spider-Man.

The new Dual sense controller comes with Haptic feedback and adaptive triggers which are a revelation. The controller is sturdy and comfortable to grip. There is a built-in mic which is a clever design. The controller attracts eyes because of the design and overall performance.

A new Playstation 5 Pro is also rumored to launch soon.

The Nintendo Switch OLED comes with an impressive seven-inch OLED screen, which provides perfect blacks and accurate colors while offering a larger display for a better gaming experience than the standard Switch, the speakers come with better internals which sounds fantastic. The Switch OLED also offers 64GB of internal storage (twice as much as the Switch and Switch Lite) and a redesigned kickstand.

The Nintendo Switch OLED doesn’t offer 4K. The internal specs remain almost the same except the heat pipes r much thinner and the fan inside is bigger and better in design and efficiency. Don’t expect it to offer power anywhere near that of PlayStation or Xbox consoles. Access to Nintendo exclusives is still there but, like with the standard Switch, the console’s third-party offering is way less than that of the Xbox and PlayStation’s gaming library.

The Steam Deck hasn’t been started shipping yet. The console is said to be rolling out from Q1 and then once the ongoing supply chain of chips ends the console will start shipping to all customers from Q2.

There are gonna be three variants of Steam Deck one is the base model that comes with 64GB of eMMC internal storage and a carrying case and that costs $399 / £349. The second is the mid-range which includes a 256GB NVMe SSD inside for faster storage, a carrying case, and an exclusive Steam Community profile bundle that costs $529 / £459.

The third variant is the top tier one which includes 512GB of NVMe SSD internal storage, premium anti-glare etched glass, an exclusive carrying case, an exclusive Steam Community profile bundle, and an exclusive virtual keyboard theme and this will retail at  $649 / £569.

The AYA NEO made quite a sensation of themselves by promising an impressive device to play triple-A titles on a handheld console. The device comes with a six-core AMD Ryzen 5 4500U with Radeon graphics and a healthy 16 GB of RAM.

They racked up a couple of thousands and even million dollars in crowdfunded cash. Some people were skeptical about the whole handheld console with triple-A titles to play and which will be sold at a consumer-friendly price was a big question. But after some months voila the AYA NEO has delivered the triple-A handheld gaming experience.

So there are our top 5 picks for the best gaming consoles. Choose and pick wisely!