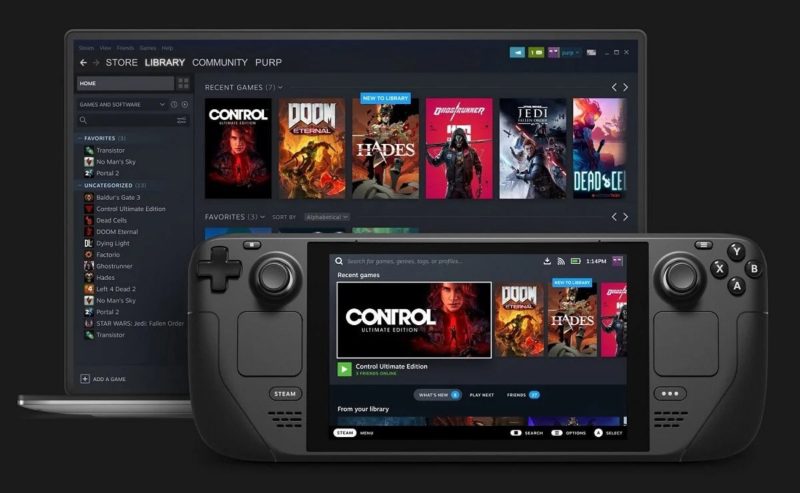 In this article, we tested the performance between an equally priced Steam Deck and vs PC to see which is worth buying.

For the first time, a console has been released based only on the PC Game Client Platform, called Steam Deck. It is a small handy console with PC system parts built inside a mini portable version. Like we have played 8bit games in our childhood on a small screen, this steam deck will provide you with the same nostalgia but only with the steam client games.

The developer valve has manufactured this mini 720p screen to steam deck console with PC system parts which come in a mini or portable version. And this steam deck delivers the same performance, almost like an ultra lower or entry-level PC gaming performance. So we decided to test the performance between an equally priced and configured Steam Deck and vs PC to see which is worth buying and which hardware performs well.

Now further any delay, let’s check out the Steam Deck vs PC performance benchmarks at 720p.

Here are the specification details of both Steam Deck and a budget-oriented PC gaming setup.

From the above Gaming PC vs Steam Game Console chart list, surprisingly, Valve’s handheld console is providing better FPS in CyberPunk 2077 Game. We choose this game as it features one of the most heaviest graphics, and still, some high-level cards are struggling to deliver 60+ fps on this game. So in this Steam Deck vs Gaming Computer benchmark test, we can see that a handy Valve Console which costs $450-$650 is performing better than an entry-level PC which costs roughly around the same price.

Which one to buy? Steam Deck or Gaming PC?

Well, you are better off building a PC any day primarily because of its upgradability option, which the Steam deck doesn’t have. The PC can also run more games from different Game clients along with all your daily work and tasks with ease. A PC is any day better than a Steam deck, even if the steam deck is priced lower. Both Gaming and Working on the PC will be a better solution.

Although that doesn’t change the fact that the Steam deck is one of the best handheld consoles we have tested, we had loads of fun playing around with it while lying on our couch. The Steam deck is a portable gaming solution where the PC is not. This is where the Steam deck shines and if you are supposed to have a gaming PC and want to get a handheld gaming device, then getting the Steam deck is not going to be a bad option.

So this was all about Steam Deck vs PC Benchmarks to see which is worth buying and which hardware performs well. If you think we missed out on anything, let us know in the comments down below.