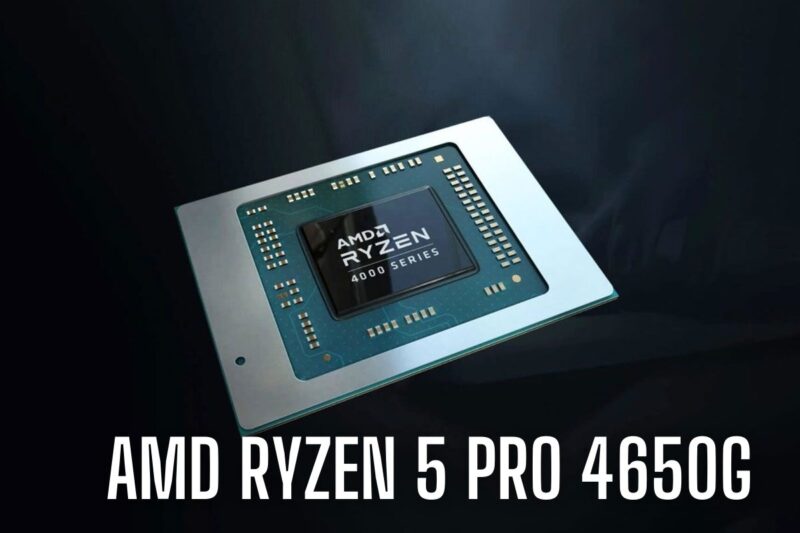 AMD released their APU, the Ryzen 5 Pro 4650g back in 2020 but we couldn’t get our hands on one of those. The APU or the Accelerated Processing Unit is a chip that features both the CPU and the GPU. It is a hybrid microprocessor from the Ryzen Renoir family which is also manufactured on the Zen 2 architecture platform. It is the 5th Gen GCN architecture for AMD.

The silicon die of this particular chipset is not fabricated at AMD but at the foundry of TSMC. AMD’s Ryzen 5 Pro 4560G is also constructed on the same monolithic design as the mobile Ryzen 4000 series.

Now further any delay let’s check out the Ryzen 5 Pro 4650g benchmark and finally we will have the answer to the question – Is Ryzen 5 4650G Good for Gaming?

The Ryzen 5 Pro 4650g is a Hybrid Microprocessor APU that comes with two options. Either a separate classic chipset design as a motherboard processor combo or with a prebuilt PC system with the chip being soldered on the motherboard socket section. The price of the chipset is around $269 and it is available worldwide with all major online and offline retailers. But the price of this APU may vary from country to country because in some region the manufacturers sell this product along with a prebuild PC system or pair it with a motherboard and a RAM.

We did some performance tests with various CPU benchmarking softwares to test the Ryzen 5 4650G and here are the results.

To benchmark the Ryzen 5 Pro 4650G Processor, we used a B550 motherboard along with a 16GB DDR4 3200MHz Ram. All the games were running at 720p with medium settings. Here are the results below.

Apart from all the above results and charts, we can say that this APU delivers decent performance to all the major Single Player games at a medium graphics settings level. The Ryzen 5 4650G is a very good chipset for daily office workloads along with multitasking without any issues.

With the price tag of $269 which is even lower than the Intel 10th Gen Core i5 Desktop processor, it delivers at an average of 60fps in most of the modern day’s single-player games without any kind of lag problem. Besides, this chipset has the support of Vega 7 graphics. Thus, we can surely declare that this is a very good APU for entry-level gaming for budget-centric PC gamers.

So this was all about AMD Ryzen 5 Pro 4650G performance. If you think we missed out on something let us know in the comments.