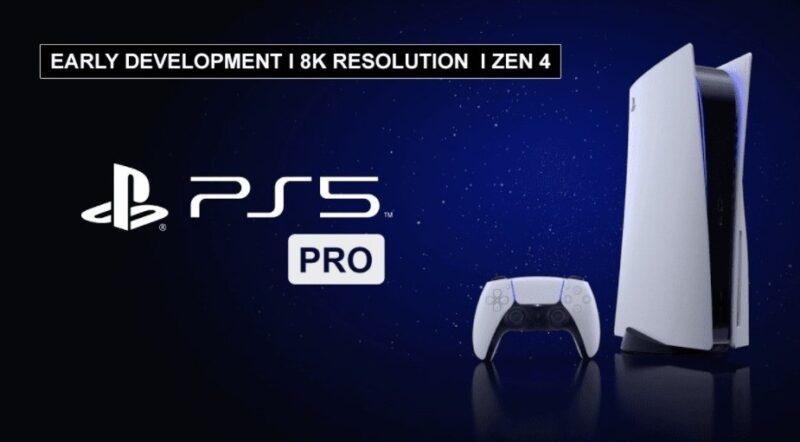 The PlayStation 5 pro is happening and that’s hot gossip, do we need a PS5 Pro?

The claims are that Sony is on research and development for a new PS5 Pro with newer specs and a costlier model. The rumors are sony is gonna start to preregister users as they did before. If we can look back at Sony’s Playstation 4 Pro that came out after slim and Sony has a constant knock of upgrading and iterating their consoles. It gives an impression that’s inevitable we will see a new PS5. But what can we expect from the new console?

The title states that the Playstation 5 Pro can pack the future Gen AMD processors as the time frame is, it looks like the Zen 4 architecture CPUs and RDNA 3-architecture are expected. This time may Sony is gonna come with their 8K support because of the new processor architecture and the new display technologies coming out.

The PS5 doesn’t support 8K because there were no mainstream games or TVs that run 8K contents as such in 2020, but within a few years that can change because of Unreal Engine 5. 8K contents are increasing on the internet just like 4K was when 4k wasn’t mainstream.

The expectation from PS5 Pro is to include a larger SSD over the original PS5. The PS5 originally came in with 825GB of storage which isn’t exactly a lumpsum amount of space, to begin with.1TB would be sufficient enough within the package, and the ability to swap the NvMe SSD to remain.

If you have gone through the specification then you will understand that it’s an upgrade from PS5 so the price will be an upgrade as well. Ps5 was expensive as well, the digital editions cost 399$ and the Disk version cost 499$. so the rumors are the PS5 Pro is gonna at a price as high as 599$ to 699$.

The reason for the price hike can be chip shortage worldwide cause of the Pandemic, but that can change well before the PS5 Pro releases at the end of 2023 or the starting quarter of 2024. The price of PS4 Pro was priced the same as PS4 but Sony can change its strategy all because of the chip shortage.

Do we need a PS5 Pro? Seriously speaking right now we don’t because in the gaming industry nothing much has changed but I believe in coming years there’s gonna a revelation in the gaming industry with far better graphics enabled games and the support for 8K that will surely see Sony coming out with a console that supports 8K 120 FPS and by that time 8K TV’s will become cheap for consumers to enjoy Spiderman in 8K 60 FPS at least

The world of gaming has changed a lot last year or two. Once the global chip shortage ends then we will start finding out more about the specifications, the price, and the design of the upcoming Play Station 5 Pro. Are we gonna see a new PS5 Pro for the ultimate console gaming?