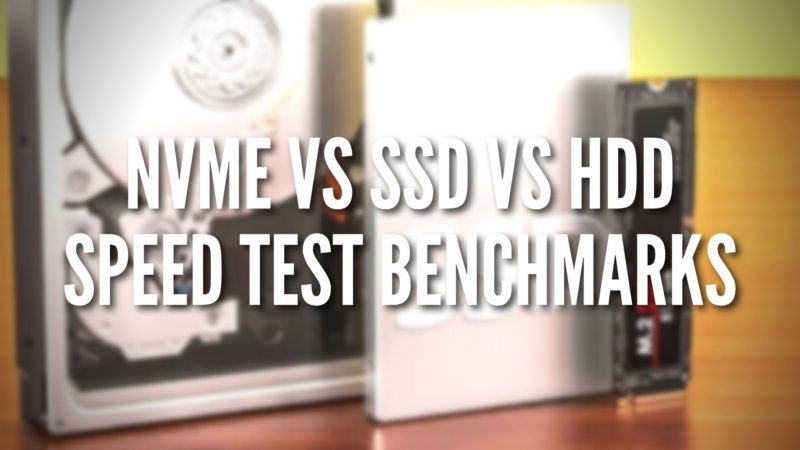 In this article, we tested the performance between the storage units of M.2 NVME vs SSD vs HDD to see which one is the fastest.

Since the computer’s birth, many upgrades have happened in its internal sections. And the evolution of PC storage units is quite noticeable. Nowadays, globally, computer users use three types of storage units. Those using their PC for learning and IT work still use the Hard Disk Drive (HDD). Those who want to copy or deliver data faster use Solid State Drive (SSD). And those who are hackers or hardcore PC gamers and want to manage space inside pc cabinets use M.2 Non-Volatile Memory Express (NVMe), the most compact form of the computer storage unit.

These storage units do the same process of storing, managing, and delivering data on a PC. But the products differ from their performance point of view. So we decided to run a speed test with M.2 NVME vs SSD vs HDD test on my Gaming PC by keeping all other parts unchanged to see which storage unit is the fastest in 2022.

Now without further delay, let’s check out the M.2 NVMe vs SSD vs HDD performance results.

Here are the system details of the M.2 NVME vs SSD vs HDD experiment

Before any delay, let’s check the results of the NVMe vs SSD vs HDD.

Here are the details of the experiment result of M.2 NVME vs SSD vs HDD

The above chart shows that Solid State Drive and Non-Volatile Memory Express have a massive performance benefit over the Hard Disk Drive. Both these two small-size storage units come in a small form factor and have good data transferring speeds.

But from the storage data or memory size and pricing point of view, the traditional Hard Disk Drives differ vastly from the rest of the storage units. Also, it is interesting to see that even with a big difference in the budget, NVMe is still worth it because of the speed and the compactness, although the SATA SSD drives give similar performance as well, so you can’t go wrong with either of those. So here are our final verdict.

So this was all about NVMe vs SSD vs HDD experiment details. If you think we missed out on anything, let us know in the comments down below.