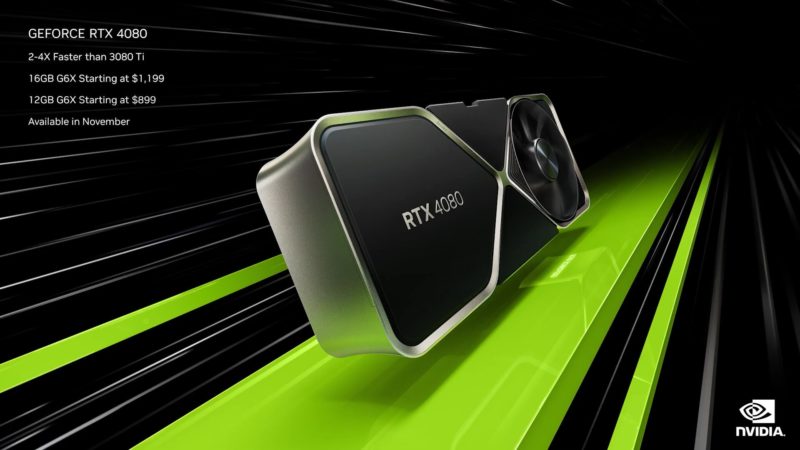 Here are the detailed Nvidia RTX 4080 Specifications, along with its architectural details, pricing, and what to expect when it comes out!

The wait is finally over. Nvidia has finally revealed the high-end and highly anticipated Flagship graphics card for 2022-2023, the RTX 4080. This is the second costliest GPU in the world in 2022 after the RTX 4090. Previously, the fastest GPU on this earth was the Nvidia RTX GeForce 3090Ti, with a massive 24GB of memory. But this time, RTX 4080 will overshadow all previous-generation high-end graphics cards.

With your 4K resolution, Ray tracing, and high ultra settings, you can scrutinize every element of the game visuals, environment, character details, texture and hair works, and much more. With more new and upgraded features, the RTX 4080 will surely take the gaming world by storm! Nvidia says that the performance tagged along with the all-new features is a game changer for gaming and content creation.

Here are the full specification details of the Nvidia RTX 4080 GPU.

The 12GB GPU model has a slower memory bandwidth than the 16GB variant. From the statements of Nvidia, we can see that the 4080 16GB GPU model is approximately 3x faster than the previous gen RTX 3080Ti. And as it is coming with the latest DLSS 3 technology, both models will consume less power than the 3090Ti and deliver 2x more performance.

So this was all about Nvidia RTX 4080 GPU model, which is going to release on upcoming Oct 12th, 2022. If you feel we have missed out on anything, let us know in the comments below.