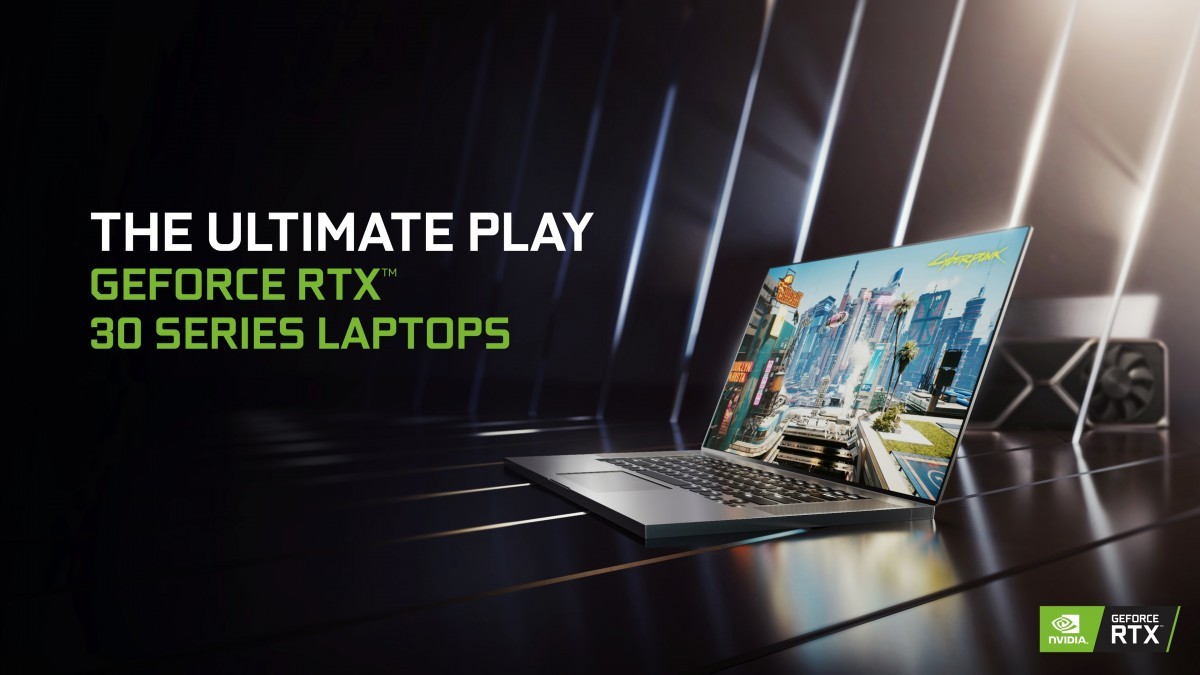 Nvidia announced the RTX 30 Series Laptops for both Gamers and Content Creators at large promising better performance within a thinner and lighter form factor!

It’s been a long time since there has been no news about a new lineup of gaming laptops in the market. So yesterday at CES, Nvidia announced the brand new lineup of RTX 30 series Laptops which will feature the Nvidia RTX 30 series Graphics cards. Starting from the 26th of January, over 70 top-tier brands will have the latest GPUs built into their Gaming or content Creator Models along with the crazy 240hz display on most of the Gaming laptops. Nvidia in their keynote added the fact that these performance-oriented laptops will be mainly focussed on E-sports.

The RTX 30-series mobile GPUs will include features such as the Dynamic Boost 2.0 is an AI-based feature that helps in maintaining power between the CPU and GPU on a per-frame basis, thus determining where the power is actually needed and optimize the performance accordingly. Another great feature is the Whisper Mode 2.0 which helps users set up a custom noise level for the system and then the AI algorithm controls the CPU and GPU fan speeds & temperatures so that everything can be under the specified noise limit.

A new feature called the Resizable Bar is also added in the Nvidia Feature Arsenal. This feature enables the CPU to have full access to GPU memory which drastically improves performance at high frame rates.

Nvidia claims that the RTX 30-series Mobile GPUs will be 2x Energy Efficient while delivering 2x video processing speed over the last-gen RTX GPUs. Gamers and Content Creators can now choose between RTX 3060, 3070 & 3080 GPUs for their laptops.

About some overviews of each GPU, the RTX 3060 delivers an average of above 80FPS in almost all the major titles while delivering double the performance over last year’s high-end GPUs. The RTX 3070 is targeted at Professional Esports players with 240hz displays to offer an excellent experience. It will also be very much capable of running any games you throw at it at above 90FPS. Last but not the least, the RTX 3080 Mobile GPU is said to deliver no compromise extreme performance for the flagship laptops.

The RTX 30 series Laptops will take the market by storm with their mind-blowing performance and features.

Thank you for reading till the end.