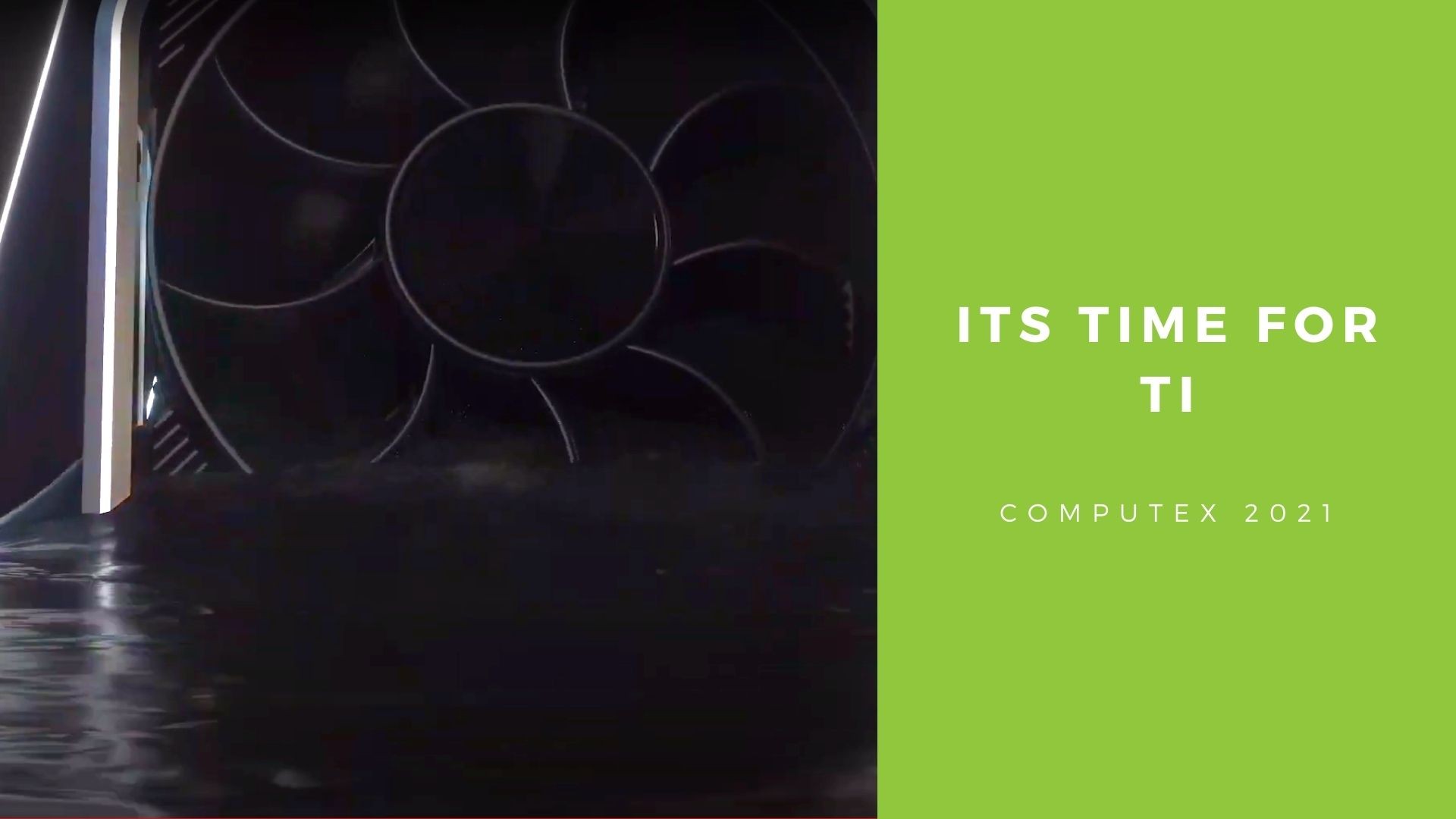 Nvidia held their keynote today at Computex. We have been speculating a lot of announcements that Nvidia might make in this keynote. They did announce two new Graphics cards, some new RTX laptops which will feature the latest GPUs from Nvidia and a new set of games and features for their already popular Nvidia Reflex technology.

Nvidia’s RTX 3070 and RTX 3080 has been a huge success and there was a rumour about whether Nvidia will launch their next gen GPUs as 3070 Super or 3080 Super during the release. And today they announced and added two new GPUs into their Gaming Arsenal, the RTX 3070Ti and the RTX 3080Ti.

The big brother of RTX 3070Ti, the GeForce RTX 3080Ti is also announced as rumored before. Featuring the 2nd Generation Ray Tracing cores and DLSS, this card is supposed to be three times faster than a GTX 1080Ti and 1.5times faster than the last generation GeForce RTX 2080Ti. This card features a whopping 10240 CUDA cores running a boost clock of 1.67Ghz. It will come shipped with 12GB GDDR6X Memory as opposed to the speculated 10GB GDDR6X Memory. It will have a TDP of 350W while running on a memory bandwidth of 384-bit. The Founders Edition RTX 3080Ti will hit the shelves on 10th of June with a minimum price tag of $1199.

Nvidia also announced some new games with the Nvidia Reflex Technology. Apart from these 12 out of 15 of the most played games will feature Nvidia Reflex.

We have a few screenshots from Escape from Tarkov as well.

Nvidia showed us how the Reflex technology works in Escape from Tarkov.

Nvidia partners up with more brands to bring Reflex technology in both monitors and mice.

Nvidia also partnered up with every laptop brands like Dell,ASUS, MSI, Lenovo, Gigabyte, HP, ACER, Tongfang and Razer to bring more than 140 models with RTX Graphics in the mainstream market with a starting price of around $799.

They also announced a brand new laptop called the Alienware x15 which will feature the RTX 3080 Max-Q Graphics. It will also possess the latest features like the Dynamic Boost 2.0, Advanced Optimus and Whisper mode. Sporting an Nvidia’s 1440p G-SYNC Display. All these crammed up to into a slim chassis as thin as 15.9mm.

These 3rd Generation MaxQ GPU features twice the power of last generation Pascal but the DLSS makes all the difference. When turning on DLSS, the performance jumps by a huge margin. Nvidia’s DLSS uses the AI powered Tensor cores to complete the partly rendered frame that was previously rendered by the GPU thus improving performance and FPS while keeping the same power delivery.

So these were the key highlights of the Nvidia Keynote at Computex 2021.

That’s all for today!
Until next time..