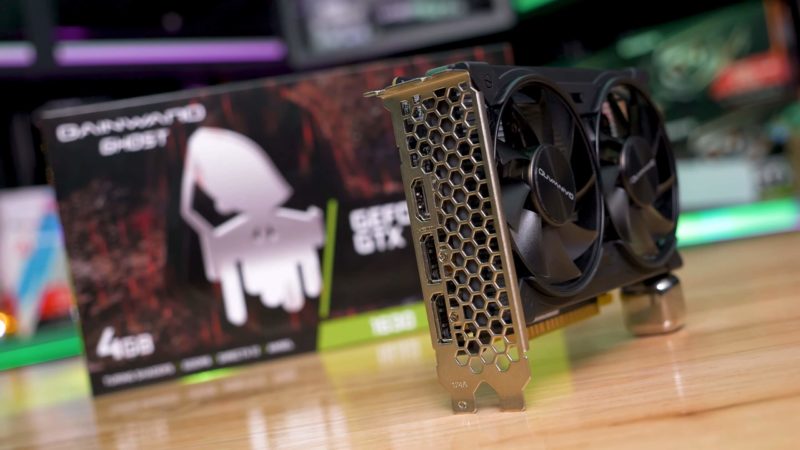 This article shows you the performance benchmarks of a GTX 1630 vs GTX 1650 when running games at 1080p Full HD!

Recently, Nvidia released their entry-level GTX 16 series GPU, adding one more GPU to their GTX lineup for PC, the GTX 1630. This is 4GB Graphics that is priced at nearly $159 and is equipped with GDDR6 type memory. As bitcoin mining is almost ending and the GPU shortage is over, Nvidia decided to release a new GTX GPU to replace the older GT1030 for gamers and beginner content creators. This card supports all the latest gen game drivers and has the potential to run all current games in low or medium settings.

But previously, a couple of years ago, Nvidia released their entry-level Gaming Graphics card, the GTX 1650, which features 4GB GDDR6 video memory. The GPU was an upgraded version of the previous generation’s powerful GTX 1050Ti 4GB Graphics card. In this article, we made a detailed comparison between the GTX 1630 and the GTX 1050Ti, so you can also check that out. And today, we have compared the GTX 1630 and the GTX 1650 to help you decide which one to buy if you are on the lower-end GPU.

Before any delay, check out the Nvidia GTX 1630 vs GTX 1650 Performance benchmarks and see which GPU is better for entry-level gaming.

We ran games at 1080p resolutions for both GPUs and cranked up the settings as much as possible. Here are the results below

Here are the performance benchmarks between the GTX 1630 and GTX 1650. We can confirm that all the games mentioned in the chart are completely playable with the recommended settings. The GTX 1630 did a great job in keeping the most demanding titles above 30FPS except for Cyberpunk 2077, which is notoriously known for its extremely high requirements.

Other than that, all the other games ran well on medium to high settings. So if you are upgrading from a GT 1030 to something almost two times better but within the same price as the GT 1030, the Nvidia GTX 1630 is your choice. Since the 1630 is a GTX lineup GPU, you will enjoy all the benefits that come with it.

So this was all about the Nvidia GTX 1630 vs GTX 1650 Benchmarks. If you think we missed out on anything, let us know in the comments below.