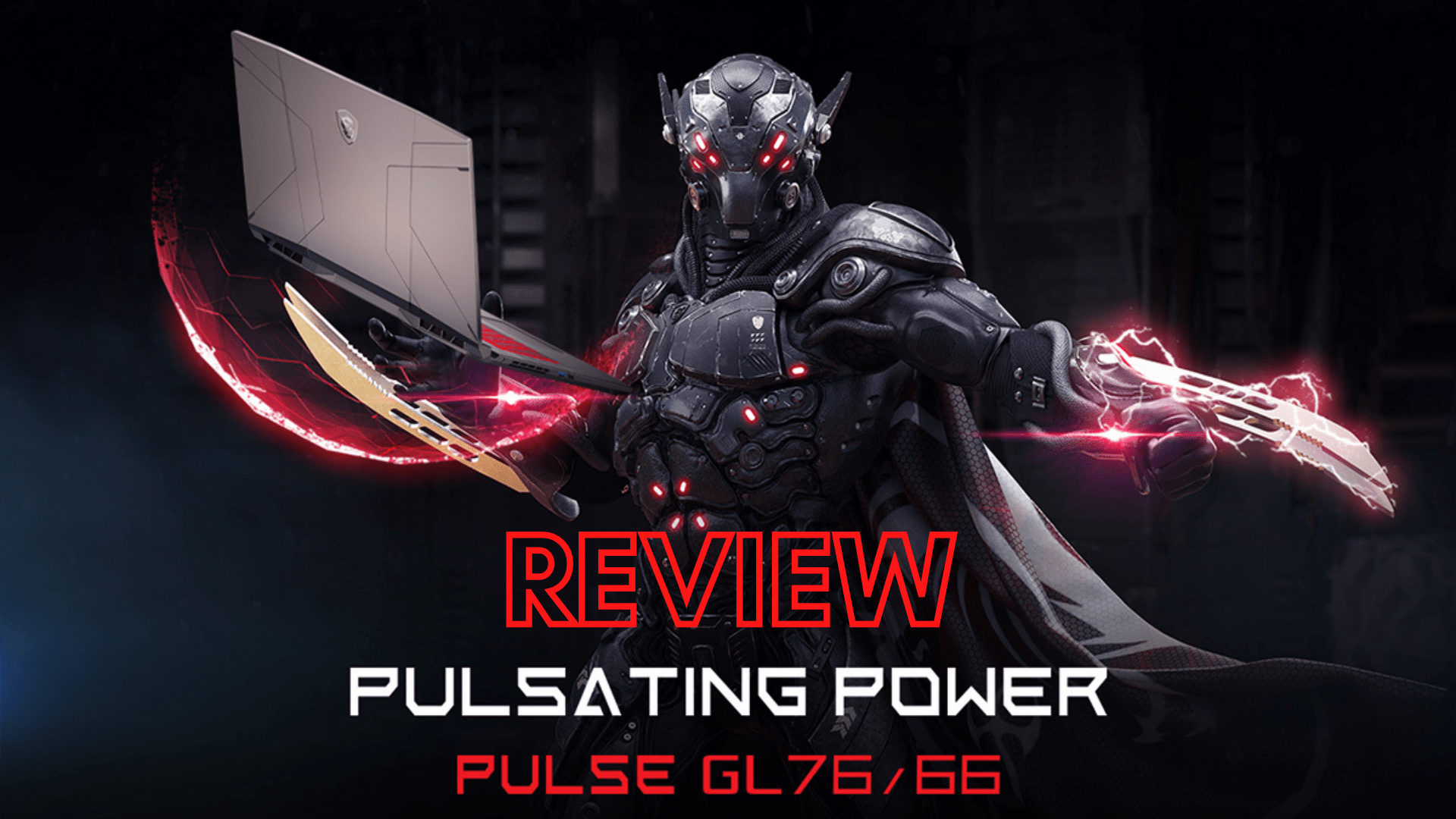 MSI GL66 & GL76 got released yesterday at the Virtual Event, MSIology 2021, MSI also revealed their new lineup and series of other Gaming Laptops. These laptops are all powered by the latest Intel Core i7 or i9 11th Gen H Series Processors. All of them come equipped with Nvidia’s latest 2nd Generation Ray Tracing Technology, the RTX 3000 Series. In this new lineup of Gaming laptops from MSI, there won’t be any variant with an older generation GTX Graphics Card.

The new Intel i7 11th Gen Chips on MSI GL66 & GL76 Laptop is a octa-core chip with multi-threading. With 12MB Intel Smart Cache and up to 4.8Ghz Turbo, this processor can handle almost anything you throw at it. We will be getting RTX Graphics Cards ranging from RTX 3050 and all the way up to RTX 3070.

What’s inside the box?

Inside the box you will find the laptop which is covered with a textile cloth and placed inside an antistatic bag. There will be another cuboid box which will contain the 180W Charger.

The Pulse name signifies the design and the looks that MSI GL66 or MSI GL76 possess. And the design portrays the two slits that are done on the lid which is a traditional MSI GL Design. The two slits make the laptop look edgier & the additional design lines on the lid depict the chest plate of the mascot character that MSI created for their MSIology event and marketing campaign.

The MSI GL66 Laptop’s top lid is made out of metal (aluminum). Although the chassis is built out of plastic, it is interesting to note that both the Pulse Laptops weigh the same although the GL76 has a 17.3″ Display. The metal MSI emblem is a game-changer in the Aesthetics department. But the overall design is a huge upgrade over the last year’s GL Series.

Despite of the strong plastic base, the laptop doesn’t flex at all even when stressed physically. The display does flex and its very common to withstand the shocks. The lid can be opened with one hand thanks to the heavy plastic base. The new hinge system is much more stable and the infamous MSI hinge breaking issue will not be a problem anymore. The new Pulse Grid design can be a major eye turner for a lot.

You are going to get a Per Key RGB Keyboard along with this laptop. The key travel as usual is really good. It almost feels like typing on a mechanical keyboard except for some softness to it. The MSI GL66 Laptop uses a full sized keyboard with proper arrow keys and a Numpad as well.

The earlier versions of GL series had two dedicated buttons on the touch bar. MSI this year completely omitted using separate keys and placed them beneath the trackpad instead. They also placed some new imprint design on the trackpad which might be a aesthetic feature, that being said the tracking accuracy, responsiveness, smoothness and usability have improved a lot.

The maximum brightness that this laptop can have is around 335 nits. The Color temperature on the white screen is around 7700K. MSI GL66’s color gamut coverage is 93% of the sRGB. The Design and gaming profile also provides optimal color temperatures of around 6500K luminance & 140 cd/m2 sRGB mode.

For gaming the response time, the Black to white and from white to black it is 8.7ms and with the Gray to Gray Result the response time of the MSI GL66 Laptop will be 5.6ms. The laptop also doesn’t use the Pulse-width Modulation (PWM) to adjust the brightness. This helps in prolonged use of the laptop without putting excessive stress on your eyes. Overall you will have a good experience while using this laptop for both design work and gaming as well.

Flipping the laptop upside down, there are two cutouts for the small Dynaudio speakers that comes along with the MSI GL66 & MSI GL76 Gaming laptop. The speakers are powerful and suitable for indoor usage.

You can download the latest drivers and utilities by clicking here!

The MSI GL66 Pulse features a 53.5Wh battery which will last for around 4 hours of web browsing while a minimum of 3 hours during media playback. The notebook has been tested with the Best Performance Profile turned on and screen brightness lowered to 120nits.

Performance on the MSI GL66 or GL76 Pulse will undoubtedly be one of the Top performers in the budget-oriented Gaming Laptop range. This laptop is powered by Intel Core i7 11800H which is an 8 core 16 threads CPU.
You can choose between various GPU options ranging from RTX 3050 and goes all the way to RTX 3070 Graphics. Basically, both the laptops will have more or less the same amount of performance except for some of the other features which the high-end laptops enjoy like better aesthetics, RGB glass bar, the inclusion of RTX 3080, and high refresh rate displays!

Lets check out some of the benchmarks of this Laptop.

The CPU we have here is the Intel Core i7 11800H which is an 8 core 16 threads CPU and here are the benchmarks.

The GPU we have here is the Nvidia GeForce RTX 3060 85W Laptop Graphics card and here are the benchmarks for it.

The device has been tested thoroughly by Laptopmedia.

Talking about the performance this Laptop can pretty much run any games or content creation software at ease. With the introduction of RTX GPUs in the low-end segment, content creation and gaming will be a no-hassle for anyone.

The Thermals are being taken care of by MSI’s signature Cooler Boost 5 Technology for next generation cooling. They have also increased the internal diameter of the heat pipes for more heat transfusion with a total of 6 heat pipes along with two fans to cool the internal components directly.

As tested by Laptopmedia, we get to see a chart depicting the thermal performance of the MSI GL66 Pulse. The table shows the temperatures and the clock speed as well.

What we see here that the Intel 11th generation processors are running at a fairly lower clock speeds than the expected. It might be because of the cooling solution is not adequte enough to keep up with the hardware. But this is really vague because they did improve the cooling solution over the last year’s GL65 models. Plus laptops which have more or less the same cooling system like the MSI Leopard GP66 & MSI Leopard GP76. But they dont have such high temperatures even with more beefier specifications.

So are the temperatures really bad?

No its not. I think there is a problem with the unit that Laptopmedia recieved because this laptop is not supposed to run so hot. Although we will keep you updated. So do follow this thread!

Read about all the MSI Gaming Laptops

These Laptops are a fantastic choice for all the gamers out there and will be hitting the stores soon. The design, the performance, and the user experience will be mindblowing. They always had the reputation of bringing revolutionary changes when it terms to gaming and the GL series is one of those products. The Intel i7 11800H is a great CPU but it still lags behind the Ryzen 5800H during rendering performance. We hope to see some MSI Ryzen 5000 Series Laptops as well in the future!

Thats all for now!
Until next time!