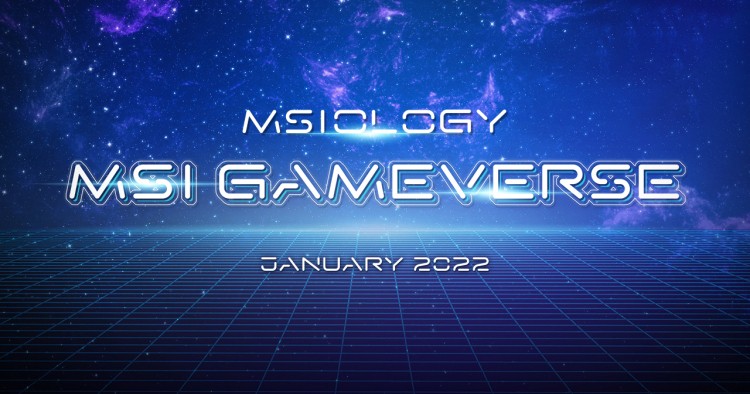 They also bought in a couple of newly designed flagship laptops like the MSI GS66 and MSI GS76. Those laptops coupled an Intel 11th Gen CPU and RTX 3000 Graphics. This was back in May 2021 amidst the Pandemic.

And this was pretty much the main focus of the brands to improve their existing lineup or bring in a new lineup of laptops that would feature better thermal solutions, better design, and an upgraded display in terms of color accuracy and refresh rate. The Taiwanese manufacturer apart from their newly designed laptops also included a special Rainbow SixL Extraction Special Edition model and a new Phase changing Thermal pad to prevent overheating even during long and intense gaming sessions.

So without further ado let’s check out the latest MSI gaming Laptops revealed in the MSIOlogy – Gameverse Virtual event at CES 2022.

This year MSI did a complete refresh on some of the models. And after a long time, MSI came up with a limited edition Rainbow Six Extraction laptop. The GS77 also got its aesthetic upgrade and the same with the rest of the product lineup. All the MSI Laptops are powered by the latest Intel Core i5/i7 12th Generation H Series Alder Lake Processors. Paired with the latest Nvidia’s RTX 3000 series ranging from the RTX 3050 to RTX 3080Ti.

The MSI Stealth Gaming laptops have been one of the company’s most popular Gaming Laptops because it serves the best in both ways i.e Gaming and Portability. The brand managed to cram in the flagship hardware in an extremely thin and lightweight chassis.

The Stealth GS77 also has a high-quality 1080p webcam along with Windows Hello support. That means this laptop supports Face Recognition for faster and secured logins. The MSI GS66 features only a 720p webcam.

The base variant of the MSI Stealth GS66 Gaming laptop configuration in the US has a starting range of $2499 and comes equipped with an Nvidia RTX 3070 Ti Graphics Card along with 32GB RAM and with an Intel Core i9-12900H Processor.

Both the laptop would feature enlarged glass touchpads and feature the latest Max-Q Optimizations for more performance and prolonged battery life.

Taking it purely gaming, the next MSI laptops they have announced for 2022 is the GE66 Raider and the GE76 Raider. Although we have earlier similar designed GE76 Raider after they refreshed the look from the previous year’s GE75 Raider. The new GE76 Raiders include upgraded design and aesthetics with an addressable RGB glass bar at the bottom of the unit.

The Raider GE is built to be a Gaming Powerhouse. It’s bulky, it’s powered with a 99.9 W/hr battery when you need to take it out.

The Rainbow Six Extraction Crosshair 15 Laptop is a collaboration between MSI and Ubisoft, which should be a treat for Rainbow six fans. The new design incorporates much of the sci-fi aesthetics from the game, although specifications wise it is far less powerful than most of the other MSI Gaming models.

With the all-new Crosshair 15 GL line, the laptop comes in a yellow theme which resembles the theme of the Game. As far as the specs go, it’s a 15.6-inch Gaming Laptop with a resolution of 1440p with 165Hz and 2ms response time, Nvidia RTX 3070 16GB GPU and will be powered with the latest i7-12700H CPU.

Pricing for the MSI Crosshair 15 Rainbow Six Extraction Edition will retail from $1999, with a Gaming mouse pad, gaming mouse, and a free copy of Rainbow Six: Extraction Game included.

The MSI Crosshair 15 and 17 will also be sold separately in different configurations. The MSI gaming laptop will come in multiple configurations, thus offering up to an Intel Core i9CPU, Nvidia RTX 3070 Ti GPU, and 32GB RAM and 1TB NVMe SSD drive. The Crosshair 17 will also feature the 12th-gen i7 Intel CPU and up to an RTX 3070, and a 512GB NVMe drive.

MSI’s latest generation Vector GP Series laptops is a new refreshed version of the last year’s MSI GP76 Leopard Gaming Laptop. Starting with the MSI Vector GP66, gamers can get an Nvidia RTX 3080 powered with an i7-12900H and 32GB RAM which starts from an MSRP of $2389.

Both laptops are advertised as “metaverse” ready, and they are shipped with a 1080p 240Hz display and another variant comes with a QHD Display and 165Hz Refresh Rate. The Vector GP66 has a budget version available with a Full HD 144Hz screen but it comes with the slightly weaker i7-12700H processor.

MSI’s Creator Series laptops are those laptops that appeal to the content creator crowd. These laptops come with enough power for 3D rendering, video editing and also with better color calibrated displays for color grading in applications like Adobe Premiere Pro, Photoshop, and After effects.

The newly launched MSI Creator Z17, which features a 180-degree hinge with stylus support, the first time for any 17-inch laptop. The new MSI Z17 Gaming Laptop features a 16:10 1600p display with a refresh rate of165Hz.

That’s all from this year’s MSI Virtual Gaming Event!