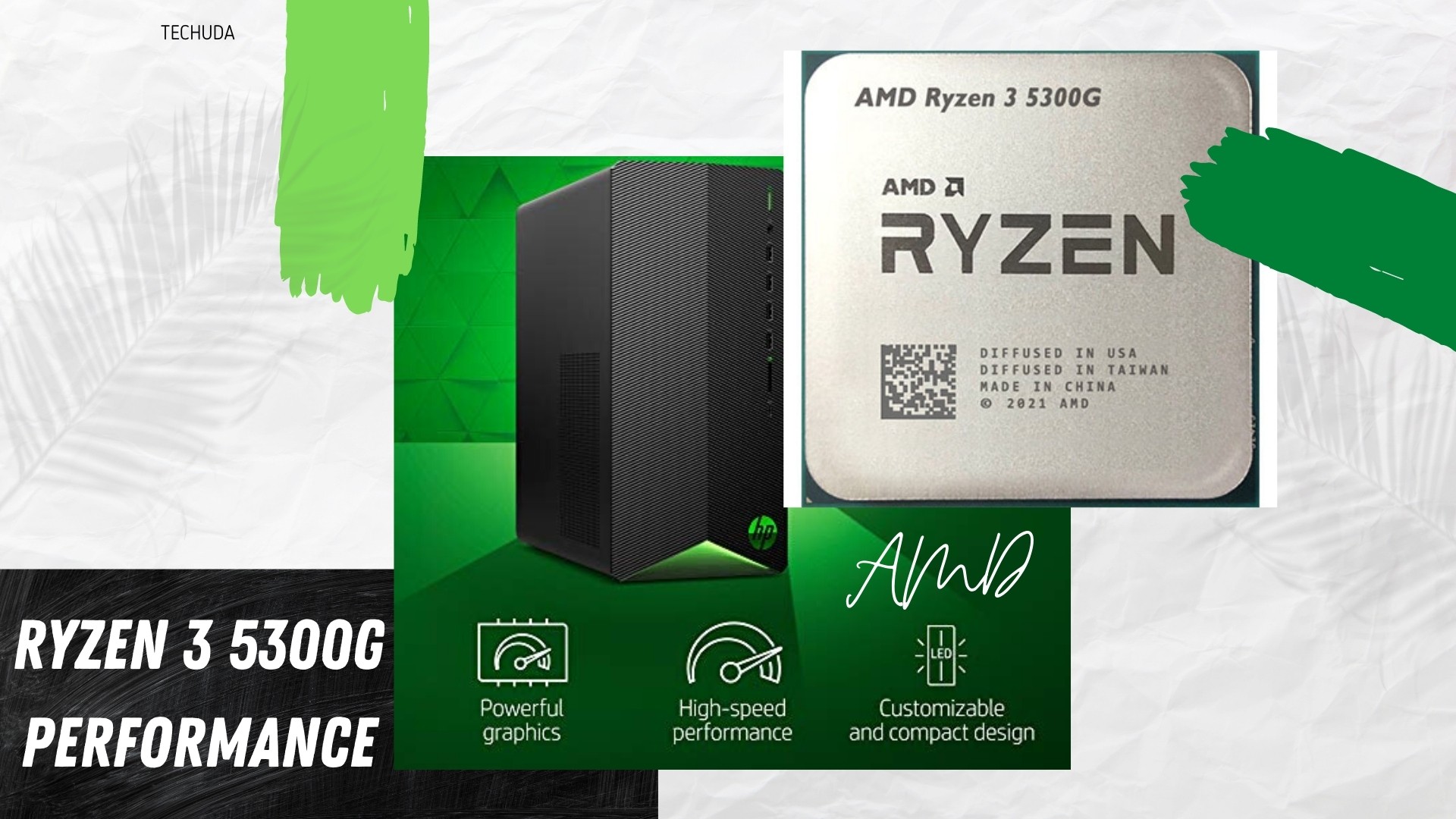 These new 7nm Cezanne chips from AMD are among the best overclockers, but you cannot buy them. Read the full article to know more about the AMD Ryzen 3 5300G benchmark!

With AMD’s recent launch event at the CES 2021, AMD CEO Dr.Lisa Su announced the arrival of three new processors aimed specifically at the DIY PC Market. More and more brands and companies are moving towards the small form factor PCs and Prebuilt Portable PCs. The main objective is to build PCs with these processors as they are very energy efficient and harness more system performance. That being said, the Ryzen 3 5300G APU has impressive overclocking potential, and that, along with the Radeon Vega Graphics onboard, would sweep the competitors at those price points. These chips haven’t reached the DIY market yet, but there are some prebuilt PCs available online with the 5300G Ryzen Processor from reputed brands like HP, for example. In this article, we will be comparing head to head to find out which position the AMD Ryzen 3 5300G benchmark lies in.

Let’s check out the new AMD Ryzen 3 5300G benchmark when stacked against its competitors.

As mentioned earlier, the new AMD Ryzen 3 chips will be coming to the DIY PC builders, but they will be mostly shipped with a Prebuilt PC or as small form factor office or home PCs. If it had been released as a stand-alone Quad-Core APU, it would have cost within $110-$150 max. You can find some engineering samples of the CPU selling for around $273 if you are really interested in getting your hands on one of these. However, you can get yourself the Pavilion Gaming Desktop computer, which would feature the AMD Ryzen 3 5300G, an RX5500 or an RTX 3060 Graphics Card, 450W Power Supply. It would also ship with 16GB RAM & 1TB SSD or 8GB & 256GB SSD Combinations which is selling at $799.99 (RX5500) and $1199.99 (RTX 3060). These Ryzen 3 5300G benchmark will indicate whether it’s worth this price or not.

Here are some of the metrics displaying the performance capabilities of the new Zen 3 5300G APU.

These are the settings by which you can achieve 60+ FPS when playing these specific Game titles.

The new Ryzen 3 5300G is an entry-level Quad-Core APU capable of overclocking to a seriously fast 5.6Ghz using exotic cooling methods. This speaks volumes about the performance and the capability of the chip. The Gaming performance is really good for the price. Games like Valorant Counter-Strike and other esports titles are expected to run smoothly without a hitch. But this processor is mainly meant for users geared towards small form entertainment boxes for their living room. As per the Ryzen 3 5300G benchmark, entertainment, and normal day-to-day computing are very much possible. Although these chips won’t be selling as a standalone unit, you can get your hands on these chips either from eBay or by purchasing the HP Pavillion desktop from Amazon.

But it is an excellent APU for DIY PC builders and beginner gamers in general.

That’s all for now
Until next time