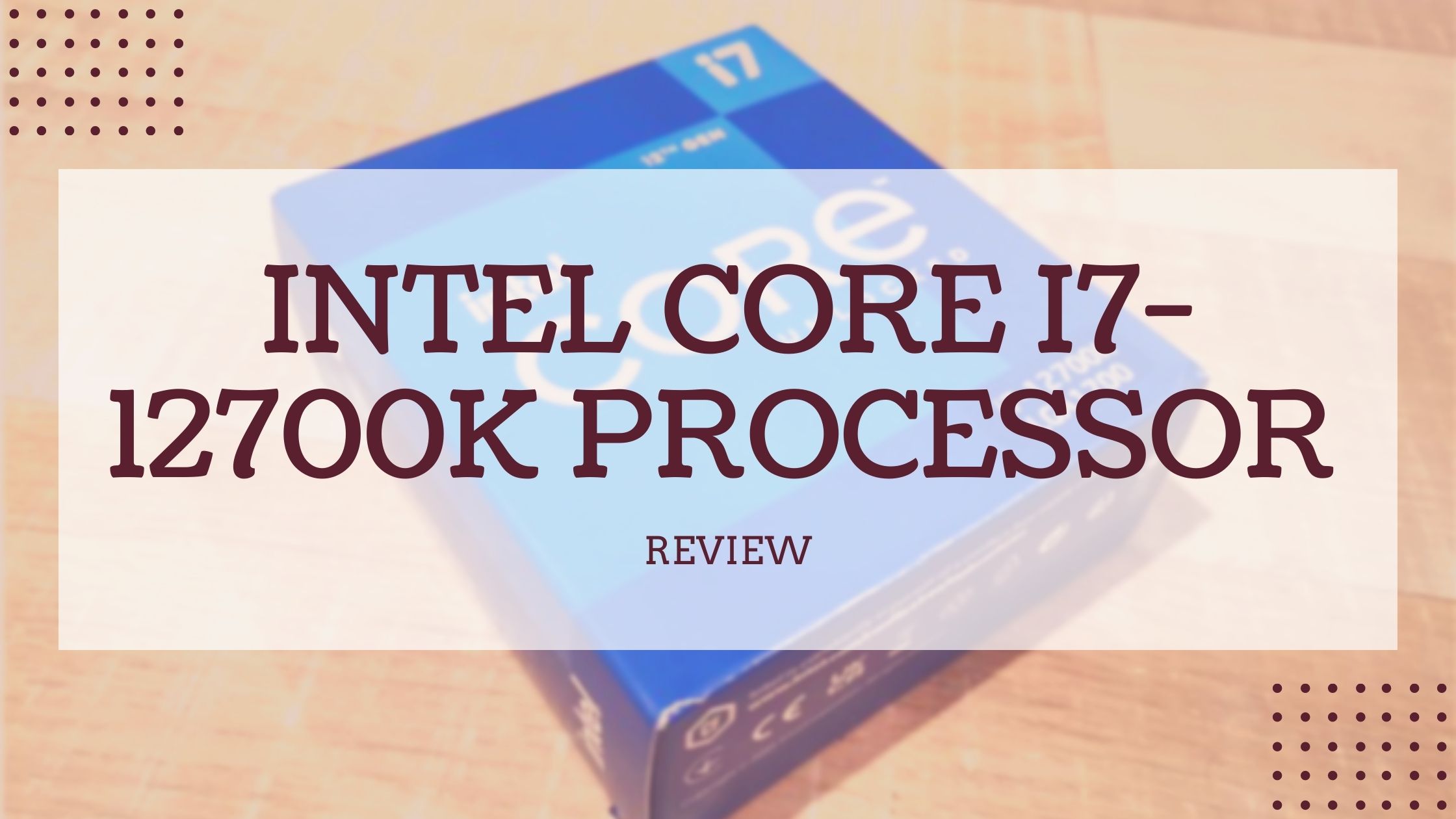 Intel is back in the game with their latest Intel Core i7-12700K Processor and it’s much faster than the current AMD Ryzen 5000 Series processor!

The company has released their 12th Gen Intel core i7-12700k Processor in Q4,21 at $409. This 12th Gen Alder Lake processor can give strong competition to Ryzen AM4 processors.

These Intel i7 processors feature performance “P” cores and efficient “E” cores, and the combined performance of these two cores is a gamechanger. Hyperthreaded Performance core, Golden cove micro-architecture gives you low latency in single-threaded workloads.

Tested results detected that it has an average of 19% more IPC than Cypress cove architecture in Intel’s Rocket Lake processors. E core which is single-threaded efficient, Gracemont micro-architecture helps you to improve your multitasking performance with maximum efficiency.

Keeping the facts on high-end gaming, performance-boosting, fast response time and latest technology with the DDR5 memory platform, this high-performance Intel Core i7-12700K processor is configured with a total of 12 cores where 8 cores are for Performance and 4 cores are for Efficiency. This processor intel i7 has a total of 20 threads with a base clock of 3.6GHz.

The latest Gen of PCIe is 5.0 along with 4.0 also with 20 maximum PCIe lanes. Keep in mind that either of the DDR4 or DDR5, you can use only one type of Ram for this processor because Alder Lake does not support this simultaneously.

Formula 1(F1) 2021- The game hits at an average of 269fps and in the overclocked mode, it gives an average of 301fps with smooth performance.

Watch Dogs Legion- With a base clock, the game hits at an average of 139fps and in overclocking mode, it gives an average of 152fps with smooth performance.

For example, when the PC is taking the workload of Adobe Premiere Pro software with the DDR4 ram, Core-i7 12700k is performing 11.7% better than Ryzen 9 5900X and with DDR5 it gives a decent 22% faster along with a smooth efficient performance.

Keeping an eye on all things with comparing other processors in this PC Gaming Market, the i7 Intel Core 12700K Processor is an excellent chip for both single-core performance and multi-thread tasking. The UHD 770 integrated graphics solution lets you play some old games without the help of any kind of graphics card. Unlocking and overclocking the power of this processor can give a boost to all your favourite games as well as pretty much help to first-person shooter gamers.

But looking at the price, is it getting worthy with $409 with no bundle cooler like other “K” series processors? But it is also noticeable that the Intel Core i9-12900k does not deliver extra performance where the core i7-12700k processor can over the price we pay for. Checking the power consumption, this Intel Core i7 processor is consuming more power than the AMD high-end chips.

In the end, the news is that AMD has announced their DDR5 supported processors which are coming in most probably half of 2022. Can AMD outcome this processor’s performance at a low price or not? Let’s see !