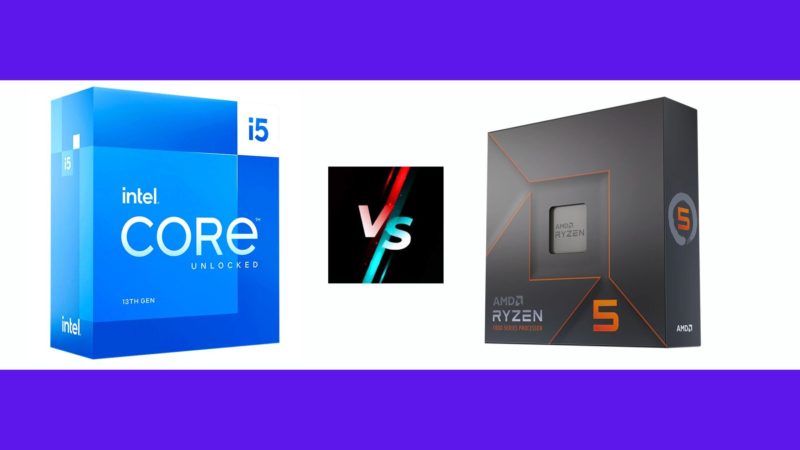 With the latest gen medium-profile CPUs released, we did an i5 13600K vs R5 7600X Gaming Benchmarks to see which performs better in 2022.

In this situation, buyers or PC users are confused about which CPU they need according to their demand. This confusion affects very much on PC gamers in this generation. With almost the same design and price, just don’t decide by seeing only the specs on the paper. You need to also check out the Performance, especially in games.

Below are the outcomes of the Intel Core i5 13600K vs AMD R5 7600X gaming fps benchmark. All games were set on high ultra settings at 1080p resolution.

From the above chart list, we can see that the battle of both CPUs has led us to 50-50. This is now a draw, as the winner is from both sides. The Intel Core i5 13600K has overtaken AMD for the first five games. And for the rest of the five games, AMD R5 7600X has overtaken the Intel 13600K.

In this confusing situation, we are advising you to wait for some time and let the company releases their updated patches for the games. The value of fps matters not only in their electronic design but also in the patch file release. And when it is done, you can easily choose which CPU you need for your low to medium-performance gaming.

Intel made a remarkable comeback into the gaming scene with their all-new Intel Core i9 13900K and Intel Core i7 13700K processors.

So this was all about Intel Core i5 13600K vs AMD R5 7600X CPU Gaming FPS Benchmark. If you feel we have missed out on anything, let us know in the comments below.