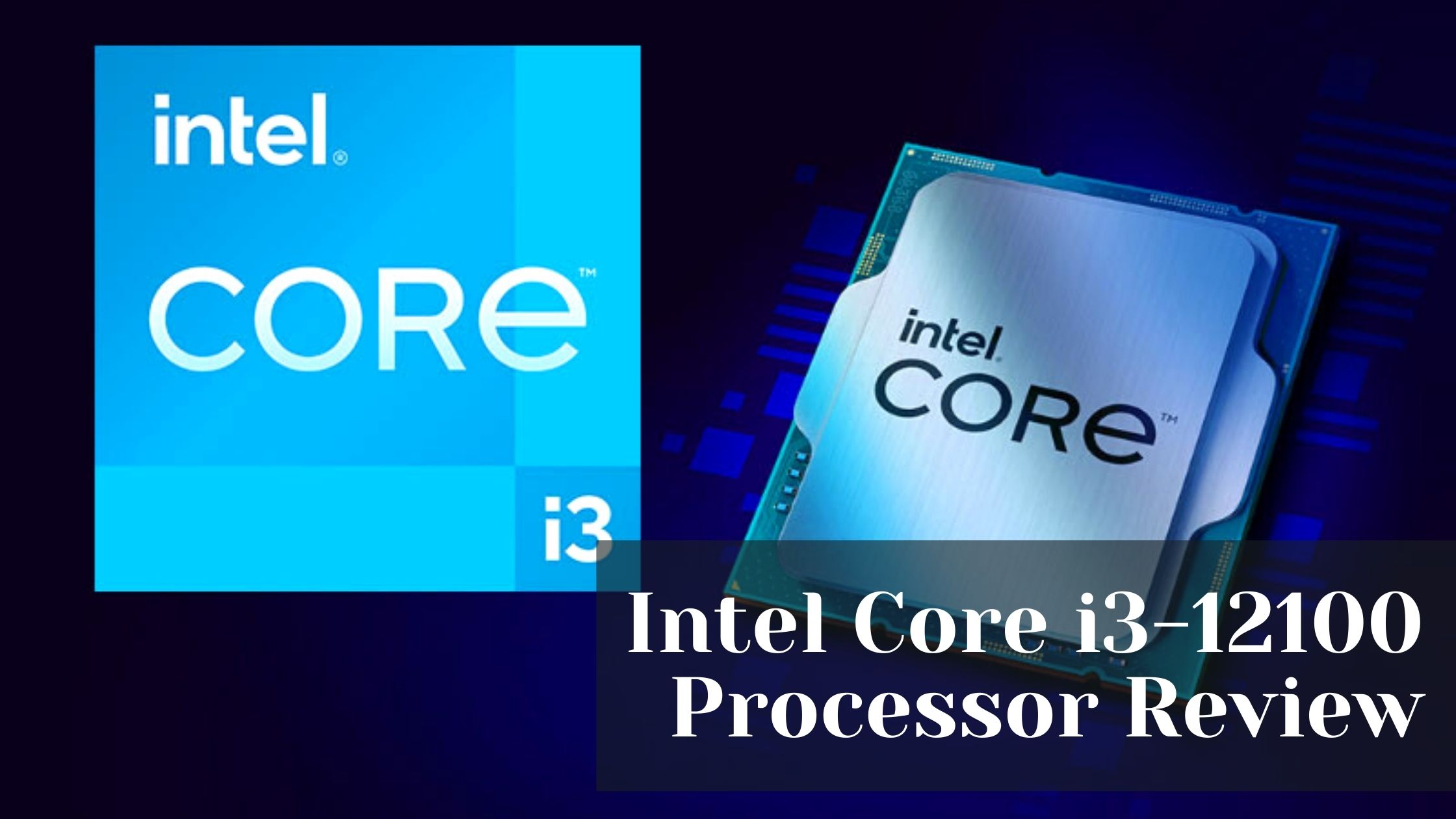 The Intel Core i3-12100 Processor has a spunk! Not only it’s cheap, but it crushes most of the last-gen processors with ease in performance!

Valentines Day is here, so Intel is also ready with their cute lovely baby. Yes, you got it right, Intel’s latest processor is their new entry-level 12th Core Gen i3 processor which could dominate AMD’s low-budget CPUs.

This was a huge jump from Intel’s previous Gen i3-10100 which was also a good entry-level budget processor. Seriously, Intel’s Adler Lake Gen CPUs are growing and capturing the AMD market day by day. The price is gonna be around $97 but rumors say that it could go up to $130 at some point.

So without further delay let’s check out the all-new core Intel i3 12th Gen 12100 Processor.

With the Golden Cove boost, the new i3 12100 processor has huge leaps in performance as it comes with hyperthreading. But this entry-level low-budget processor, there are no E cores (Efficient core) and have only 4 P cores (Performance cores) along with 8 threads.

While we have seen entry-level processors don’t have many advantages, this processor is DDR5 supports PCIe express 5.0 technology. Its base clock speed is 3.3GHz and it can boost at a maximum of 4.3GHz in a single-core turbo mode.

With 12MB L3 cache, this is a 60W based processor while the boosting mode consumes a maximum of 89W, which means it will not work on normal CPU coolers.  It also gives you future upgrade options for your PC.

It would be an absolute intolerance if we compare this processor with Intel’s or AMD’s ultra-high-end processors, so we did a comparison with a similar powered and budget-friendly AMD Ryzen 5 3600 Processor.

Both processors were tested in PC with Nvidia RTX 3080, 32GB RAM running at 3600MHz DDR4, Asus ROG Strix Z690-A Motherboard for Intel, Asus ROG X570 Crosshair VII Hero for AMD, and a stock CPU cooler for both. All below games were tested in 1080p, with ultra-high settings.

Shadow of the Tomb Rider- Intel i3-12100 is one of the cheapest processors but still gives an average of 155fps whereas AMD Ryzen 5 3600 is giving an average of 139fps.

Call of Duty Modern Warfare(2019) Warzone- This time, the difference is negligible, because the Intel Core i3-12100 budget processor gives an average of 137fps whereas Ryzen5 AMD 3600 is giving an average of 134fps. Just a slight difference of 3fps!

So, Intel’s entry-level processor beats the Ryzen 5 3600 at an average of 7.50%-8%. Those gamers who are running out of money but also want a gaming PC can choose this processor because you can nearly save about $100 on this.

With more power and performance when compared to Ryzen 5 3600 which is around $200, this Alder Lake will also support budget-friendly H670, B660, and H610 motherboards. If you manage to add DDR5 then it will give a major boost to your performance also.

So this was all about the Intel Core i3-12100 Gaming Processor.