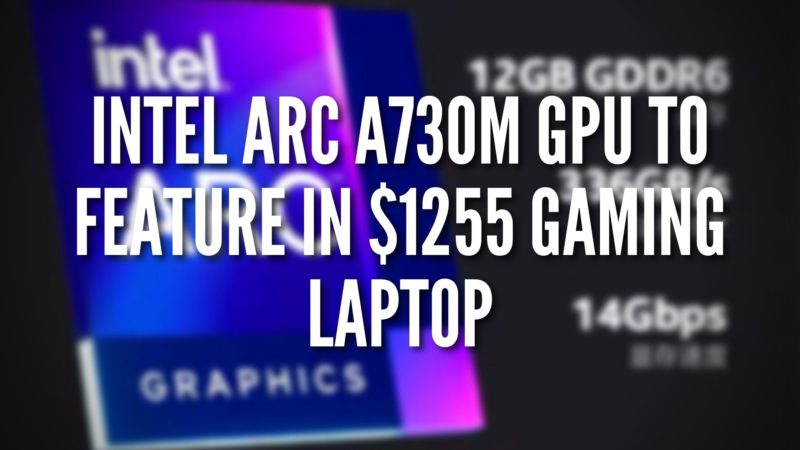 According to the recent news and leaks, the unreleased Intel Arc A730M Graphics card is already seen on a Gaming Laptop recently launched in China. The GPU is a direct competitor against the Nvidia RTX 3050Ti or the RTX 3060.

Since the rest of the specifications are pretty much the same as a standard 2022 gaming laptop, it is interesting to see how the new Intel Arc GPU stacks up against the bigger GPU Manufacturers.

The laptop also comes with a 16-inch 1440p display and a refresh rate of up to 165Hz. The display is said to cover the entire sRGB Color spectrum. The Intel GPU A730M features 24 Xe Cores and 12GB GDDR6 Memory with a 256-bit memory bus. The performance somewhat puts it between the RTX 3060 and RTX 3050Ti.

The A730M GPU Laptop price is 8499 RMB or roughly around $1255, which is impressive compared to the Nvidia counterparts, which cost more than $1500. Although we don’t have a release date for this laptop globally, we are very excited about it as much as you are.

So this was all about the all-new upcoming Intel Arc GPU Gaming Laptop. If you think we missed out on something, let us know in the comments below.