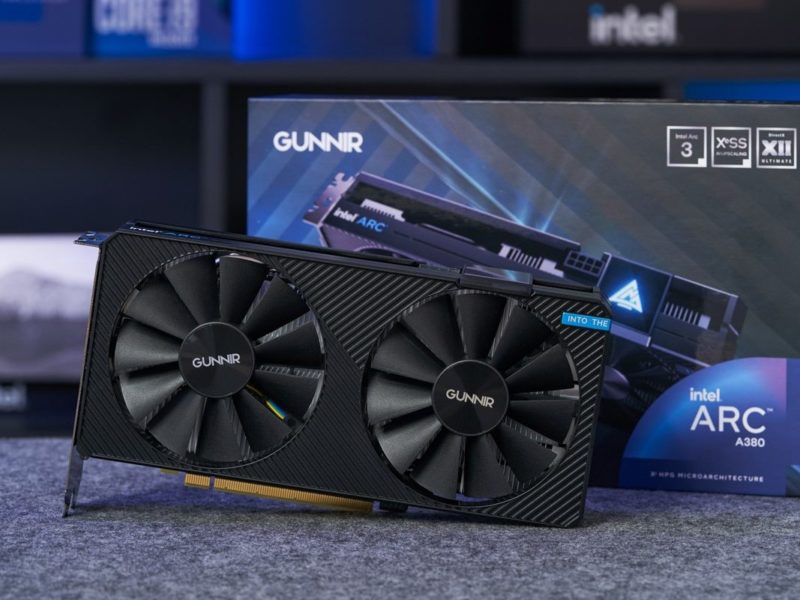 Recently Intel released its long-awaited Entry level Arc A380 GPU 6GB model in the PC Gaming Market. This GPU is from Intel’s Alchemist Family and the world’s first entry-level GPU from Intel Company. Intel has supplied a considerable amount of ARC A380 GPU to target low-budget gamers in this PC market to compete with Nvidia and AMD company GPUs.

The Electronics and Hardware Architecture of this Intel ARC A380 GPU is very similar to the Nividia 1000 and AMD 6400 series entry-level GPUs. So today, we decided to do some Gaming Benchmark experiments with three GPUs. One is Intel ARC A380 GPU, The Nvidia GeForce GTX 1650, and the AMD RX 6400. The Intel ARC GPU holds a total amount of 6GB of video memory, while both Nvidia and the AMD GPU have an unlimited amount of 4GB of video memory.

Here are the detailed specifications of these three GPU cards below

The above chart list of Intel vs Nvidia vs AMD GPU tests shows that these three cards deliver almost the same performance. Meanwhile, in some particular games, we can see that either Nvidia, AMD, or Intel is doing far better than each other. Also, this chat list proves clearly that none of these entry-level GPU cards is compatible with all PC games. The price of Nvidia 1650, Intel A380, and AMD RX 6400 is $160, $139, and $159, respectively. So it’s PC Gamers’ choice of what they need according to their budget and performance.

So this was all about Intel ARC A380 vs Nvidia GTX 1650 vs AMD RX 6400 GPU Performance Benchmarks. If you think we missed out on anything, let us know in the comments down below.