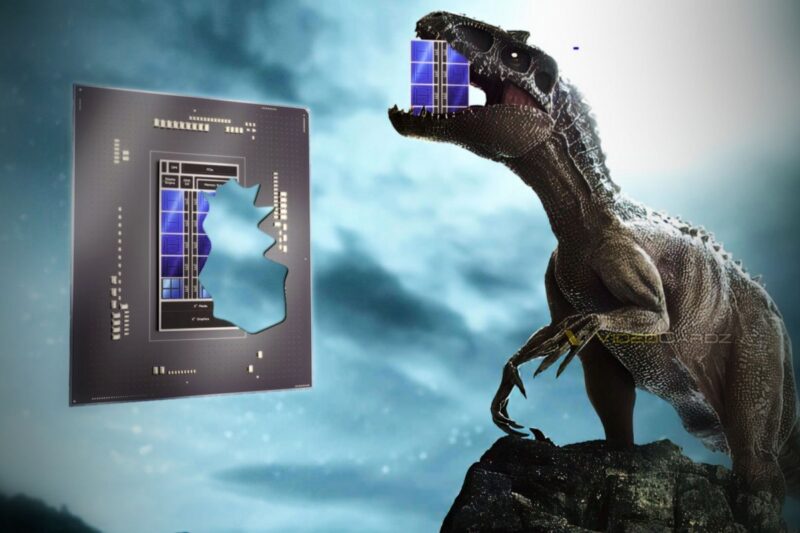 Intel is back in the game against AMD with their all-new Intel Alder Lake 12th Gen Processor on both the desktop and the laptop departments. And we are very much looking forward to their next-generation 13th Generation Raptor Lake release.

All 13th Generation chips were bought in for demo purposes during the Intel Investors meet 2022 and the new Raptor lake chips showed double-digit performance boosts in both single and multi-threaded workloads. The Raptor Lake will also bring in more efficient hybrid cores to keep the compatibility intact with the older 12th Generation Processors.

Intel planned to release a new socket for their Raptor Lake chips as well but promised to keep the compatibility for those who bought a really high-end Z690 Motherboard for their Alder Lake Processors. Intel will also release the 700 series chipset with new motherboard designs along with a set of new internal upgrades as they are completely revising the Platform Controller Hub.

The main upgrades that are on the 700 series motherboards from Intel are focused on PCIe 4.0 and the number of USB 3.2 Ports. The new chipsets are as follows

So let’s check out the Intel 700 series motherboard leaked specs.

Here is the Intel 700 Series Motherboard Chipset Specification datasheet which represents the key changes that are coming to the newer motherboards as compared to the older last generation.

From the above chart, we can see that there are certain specification changes that are coming to the newer 700 series motherboard from intel. The changes affect the PCIe lanes and the USB 3.2 Gen 2×2.

We can see that Intel is increasing the amount of PCIe Gen4 lanes while lowering the PCIe Gen3 Lanes. Since 2022 is a year of newer memory and storage platforms, it is interesting to see how the 700 series motherboard will perform with the 13th Gen Raptor lake processors against the older 600 series motherboards both in features and performance-wise.

The maximum USB 3.2 2×2 count will also increase from 4 to 5 but only for the Z790. The H710 motherboards will not be getting much of an upgrade apart from the socket according to Intel.

The major change will be that all the motherboards will be natively supporting the newer DDR5 Platform and we will be able to see more optimizations and incremental benefits in terms of performance when it comes to gaming.

The price is one of the main factors which Intel will have to maintain in order to complete the upcoming AMD 7000 Series Processors and the AMD Ryzen 7 5800X3D Gaming CPU.