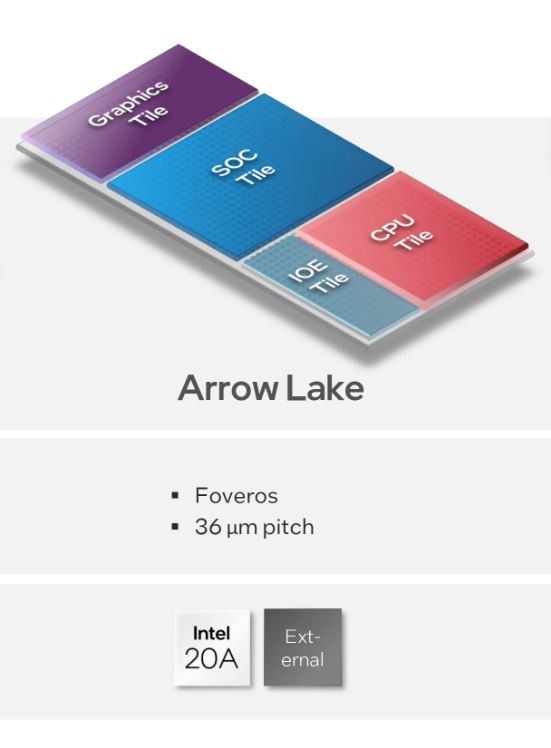 Intel has already started working on two generations of Processors, and we have the Intel 15th Gen Specs Arrow Lake leaks with us!

However, Intel has already started gearing up for their Meteor Lake and Arrow Lake Series, which are 14th Gen and 15th Gen respectively, as they have said in a recent investor’s call.

Here is the Intel 15th gen Arrow Lake Specs. As per leaks suggests, there will be a total of three-chip configurations that will be available for the Meteor Lake. We still don’t have their official names, but that will be revealed soon.

The primary difference between the Meteor Lake and Arrow Lake is that all of the Arrow Lake Processors come with 24 cores, the difference being only with the TDP. It might happen that the lower core processors will be extracted out of these more significant dies.

The company also retained the same 4Xe Cores from the 14th Generation Meteor Lake. Still, the 4x Intel Iris Xe Graphics Cores are almost at par with a dedicated Intel Arc 310 GPU or even better than the current generation AMD Ryzen 7000 Series Processors.

Also, the Intel 15th Gen Arrow Lake Processors will use the TSMC 3nm Graphics Architecture and will be available in the last quarter of Q4 2024.

So this was all about Intel’s 15th Gen Arrow Lake Revealed Specs. We will update more on this article once we have more news.

If you have missed anything, let us know in the comments below.