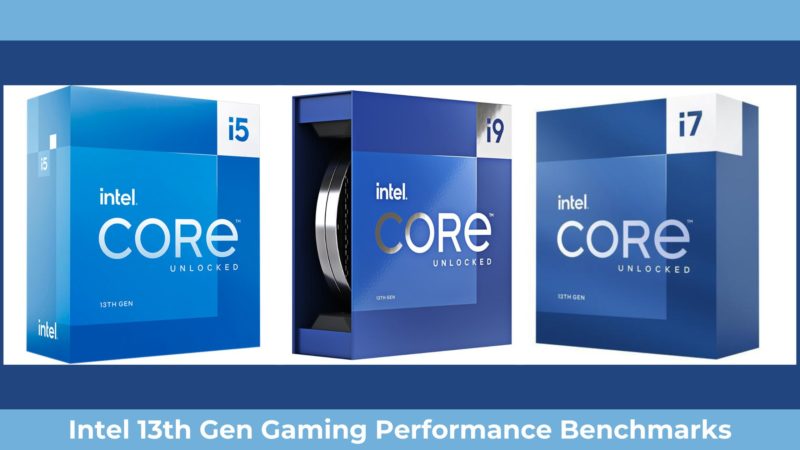 This 13th gen gaming performance of Intel CPUs will help you decide which Intel CPU will be the best for Gaming.

These CPUs have different electronic designs to provide a great Gaming and Productivity experience, then which Intel Raptor Lake CPU should I go with? So we have tested out all three Intel Raptor Lake CPUs and compared them head to head by keeping every other component in our test bench the same to see which one performs better in Gaming.

Here are the Specifications of the CPUs we used for our 13th gen gaming performance test.

Here are the details of the test setup we used for Intel’s 13th Gen Gaming Performance.

13th Gen i5 vs i7 vs i9 Gaming Performance – FPS Outcomes

Here are the Performance numbers of the Intel Core i5 vs i7 vs i9 13th Generation Processor. All of the games were tested at 1080p on high ultra settings.

From the above performance numbers we are seeing, it is evident that the Intel Core i9 13900K is the fastest and the costliest of all three. The performance difference between all these three processors is not much, especially in games. There is a maximum difference of 10 FPS when moving from one variant to the other. Remember that all the processors are fully unlocked for overclocking, so if you have a good CPU cooler. You can easily overclock it, but somehow, we don’t suggest it as it reduces life expectancy.

Always pair these K series processors with a good liquid cooler and avoid Air coolers for these CPUs. Although Aircoolers from brands like Noctua and BeQuiet! We will do the job, but we suggest 240mm radiators for Intel processors in 2023.

So this was all about intel 13th Gen Gaming Performance Benchmarks. If you feel we have missed anything, let us know in the comments below.