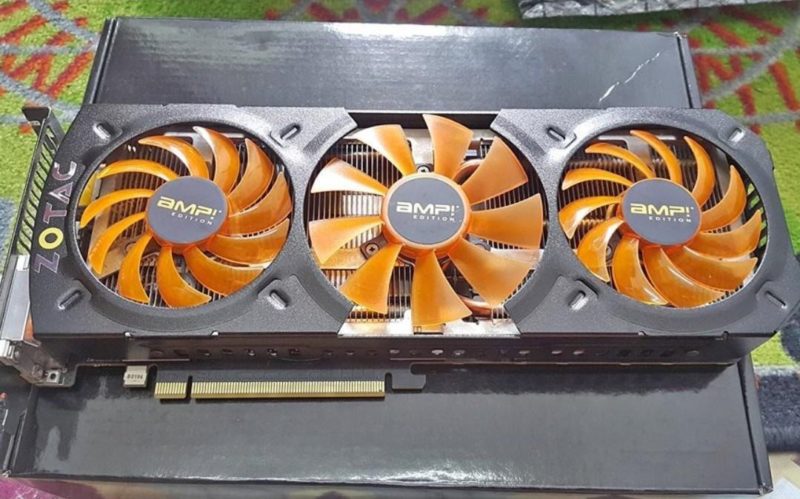 We are looking at the GTX 780Ti vs RTX 3080Ti Gaming Benchmarks to see the performance difference between a 9-year-old GPU and the current Gen RTX GPU.

It has been almost nine years now since the GTX 780Ti was released. The card was an enthusiast-grade card launched in 2013 and was one of the fastest cards on the planet back then. The biggest problem with GTX 780Ti in 2022 is its Direct X Support. Although the 780Ti Kepler card supported Dx12, it would feature only dx11.1. This is an issue because, nowadays, all the games run on DirectX 12.

The GTX 780Ti was presumably a larger chip with 2880 CUDA cores and had a base clock of 875Mhz and could boost up to 928Mhz. Another significant issue is its shortage of VRAM. With only 3GB VRAM, it is pretty challenging to run newer games as entry-level GPUs also come with 4GB VRAM. This is a 384Bit card and features 48 ROPs. It had a price tag of 699$ at launch. The GTX 780Ti is the first contender for this test.

The second contender is the current gen Nvidia RTX 3080Ti Graphics Card. As you all know, this is a Ray Tracing Enabled Graphics card, perfect for gaming even at 4K Resolutions. This is also a current generation enthusiast-level graphics card and features the DirectX 12 Ultimate. Hands down, it can run any game you can think of, and it has support for hardware raytracing, variable rate shading and much more.

The DLSS is one of the main features of the graphics card and features a whopping 10240 CUDA Cores with 112ROPs. This GPU also has 80 Ray Traced Cores and 12GB GDDR6X VRAM with a memory interface of 384 bit. The card is a behemoth regarding performance, costing around $1199 for the base model.

So without further delay, let’s quickly check out the GTX 780Ti vs RTX 3080Ti Gaming Performance and then we will evaluate how much difference in performance it makes.

Here are the GTX 780Ti and the all-new RTX 3080Ti GPU Specifications.

Here are the system details we used to test the GTX 780Ti and RTX 3080Ti Graphics Cards and their Gaming Performance.

These are the 780Ti vs 3080Ti Gaming Performance Results at 1080p. We tried keeping the settings, so the game is playable on the GTX 780Ti.

Yes definitely. We see an average difference of around four times the performance of a GTX 780Ti. Although the settings we have kept, the GTX 780Ti performed quite well even with the latest games except for titles like Cyberpunk 2077 and Microsoft Flight Simulator, which at certain places went below 15 FPS. Apart from that, the rest are playable on a 780Ti Graphics card with an average range of 30 to 60 FPS for new games like Spiderman, God of War, Hitman etc. We didn’t expect Forza Horizon 5 to run the best among all the games we tested.

Forza is one of the most beautiful-looking racing games we have ever seen, and if you are on a 780Ti, you will get more than 70FPS in all the games. But we also like to add that not everyone who owns a 780Ti will have a Core i9 12900k processor with 32GB DDR5 RAM. Most gamers still own the 780Ti might be running older hardware, and you can expect the performance to drop. So if you are still on a 780Ti and running along with an older Intel or AMD Processor, we suggest you go for a complete system upgrade rather than only a GPU or CPU.

But if you still wish to stick around it for a while and then switch over to the RTX 3000 Series Graphics card, you can very well do it. Still, the 3GB Video memory can be an issue, especially if running the latest titles even at low to medium settings.

So this was all about the GTX 780Ti vs RTX 3080Ti Gaming Performance with a 9-year difference. If you think we have missed out on anything, let us know in the comments below.