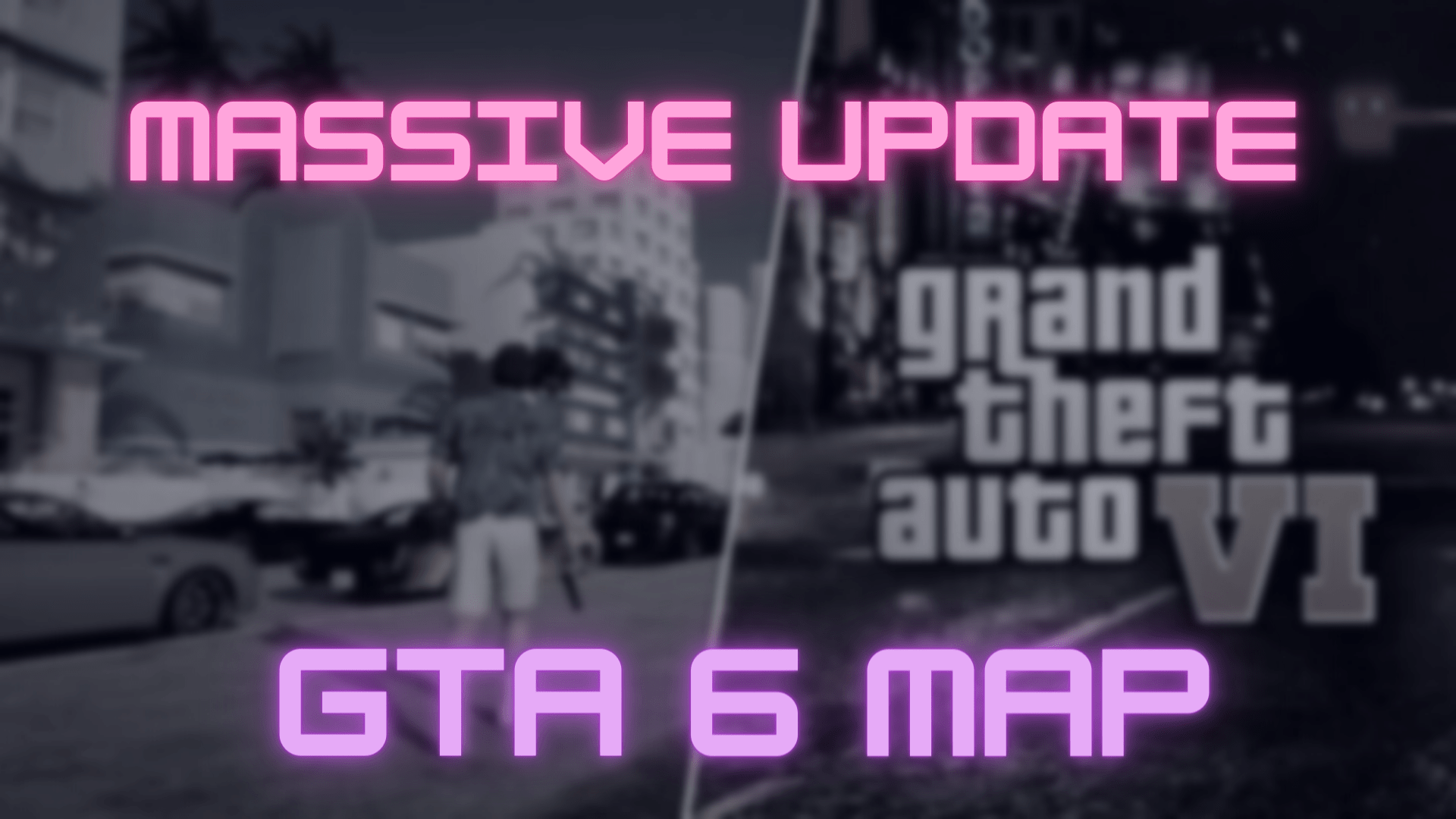 The latest news about GTA 6 rumors has started to fire up pretty quickly. As there are some new GTA vi map leaks that we came across and we can’t wait to share them. So there has been a huge update this week regarding the GTA 6 map and the other screenshots and leaks that we are going to talk about in this blog.

GTA 6 maps and map leaks and rumors have been floating around since 2018, that is 5 years after the release of its predecessor. Normally Rockstar launches their new game within a span of 5 years so we were expecting the leak to be true because they all came from the same news source.

Another new GTA 6 map leak that we got hold of is this. Taken with a phone camera but this map is a zoomed version of the earlier one that we have seen so far. You can see some more details on the map. The whole of Vice City is aligned at the edge of the map near the coastline.

You can have various islands all around and there might be water vehicles to connect with each island. This is quite interesting to see since more than 50% of the map is in water, we might get to see some cool new water vehicles and submarines in GTA 6 game.

But here you can see in the picture at the bottom about the other island that we were talking about before. Now this island is far away from the main map. So as per the guesses and leaks this island might be a part of Miami or South Florida. And also for the other island which is off the coast, that can be Cuba or Guarma who knows.

But all these leaks match perfectly with the reports that we have seen so far earlier regarding the GTA 6 map leaks. With the full map and what we have seen so far we can clearly see that GTA 6map is going to be huge. There are tons of different places to explore. There are three islands altogether. So there will be jets, helicopters, and other fancy new vehicles and gadgets. Overall we think GTA 6 could be the next biggest open-world game to explore and go crazy about!

Latest update as of yet

GTA 6 is supposed to release by the year 2023. Though we haven’t got any official reports from Rockstar yet. Take these leaks and images are to be taken with a grain of salt. Rockstar hasn’t announced anything officially. But from past experiences, most of the rumors that float before any Rockstar game launches turn out to be true. So lets see what Rockstar has in store for you!