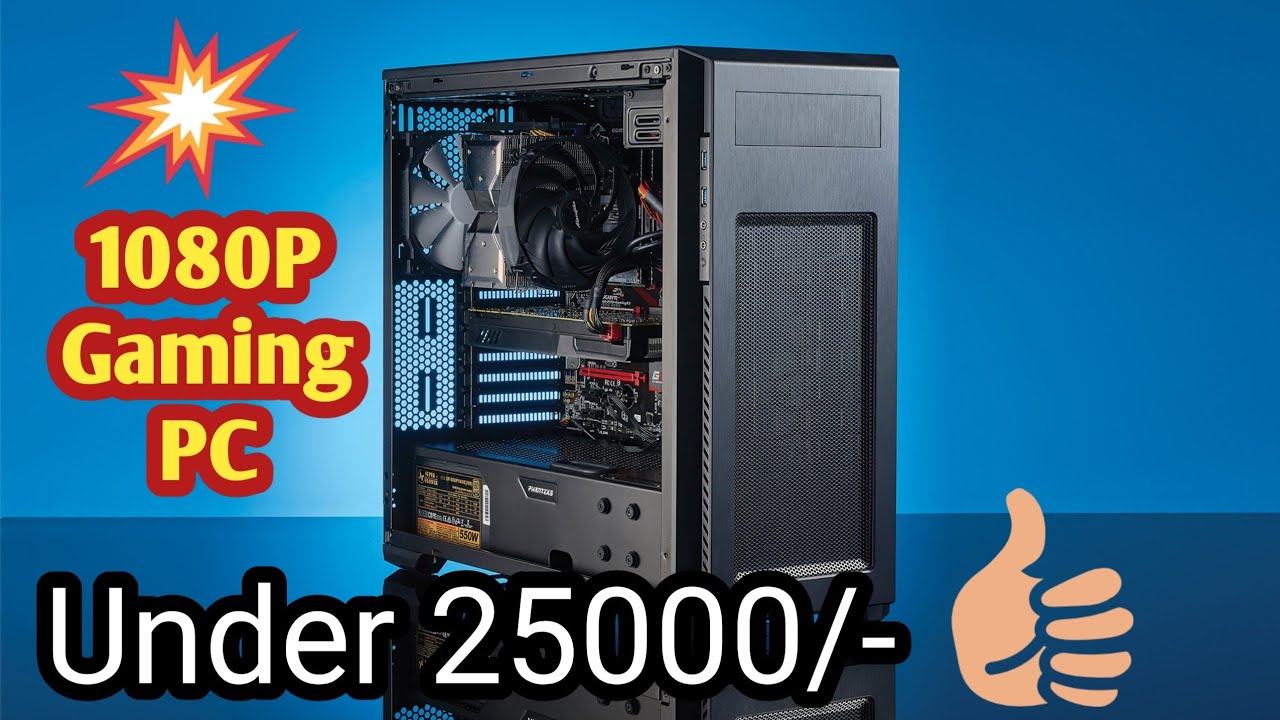 When building a budget gaming or a performance-oriented PC, it’s better to build it with an APU.
What is an APU? An APU (Accelerated Processing Unit) is the same as a processor but with both CPU and GPU Cores in it. Formerly known as Fusion by AMD, these ‘Hybrid’ have been designed to work both as a central processing unit and a graphic processing unit on a single chip.
These APUs are very popular nowadays due to their excellent price to performance ratio and thus eliminating the cost of a Graphics Card.
So today I have listed down a Gaming PC build on one of the most popular platforms, AMD Ryzen, for just under Rs.25000.

The AMD Ryzen 3 2200G is a Quad-Core APU with a boost frequency of 3.7Ghz. These processors are designed to handle both CPU and GPU intensive workloads at the same time. These processors are specially made for budget and compact machines where the machine is not capable of having a separate Graphics Card either due to space limitations or budget constraints.

Asus Prime A320M-K motherboard packs a full pack of features including the M.2 Slot for lightning-fast storage speeds. This motherboard also supports RAM frequencies of up to 3200Mhz. Asus’s exclusive DIGI+ VRM delivers continuous power to the processor according to the real-time demands thus saving energy. There is an onboard power surge protection that extends to the I/O panels as well thus safeguarding all your connected devices. It has an orange LED throughout the motherboard which makes it aesthetically good. All the USBs are 3.0 which helps in faster transfer rates.

Featuring the red Avant-Garde edgy wing shape designed heatsink, the XPG Adata Gammix D30 is everyone’s choice in the RAM segment. This RAM features Intel XMP Technology with no problems in overclocking. It supports frequencies ranging from 2666Mhz to 4600Mhz when fully overclocked. The PCBs are of top quality and ensures the long life span of the memory modules. It is also compatible with both Intel X299 and AMD AM4 or Ryzen Platforms.

The ADATA SU650 120GB is an M.2 SSD capable of transfers with up to 520/450 Mbps Read/Write Speeds. Adding an SSD to your system will not only make the windows boot up faster but also make the system a lot snappier and responsive. And an M.2 SSD is a much faster option than running a SATA SSD.

Seagate is considered as the most reliable and the best Hard Drive Manufacturers in the world. And their barracuda series is the fastest in the market and capable of storing huge amounts of data like games, music, movies, softwares, etc. The 7200RPM spin speeds, the 6GB/s transfer speeds make this hard drive a great option for faster game loads and editing.

The new Antec Atom V450 is a 450W PSU. This is probably the cheapest and the best power supply at this price point. This power supply has all the usual features that a good quality PSU has and also includes an efficient silent 120mm ball-bearing fan. The wires are not braided but that is totally fine considering the price. It has all the necessary connectors with a 2 Year Warranty from Antec.

Ok, for the cabinet we are going for Chiptronex X310B. It’s a full side transparent cabinet with a top-mounted PSU. Has support for Full ATX builds and for the price it’s perfect. There is an RGB Strip at the front for the extra glare. Build quality is good and cable management is okayish.

So this sums up the Gaming PC build just under Rs.25000. This PC will be perfect for home and office work-related purposes. It will also be good for esports games like CS:GO, Valorant, Overwatch, etc. It will also be able to run much newer AAA at low settings but at playable framerates.