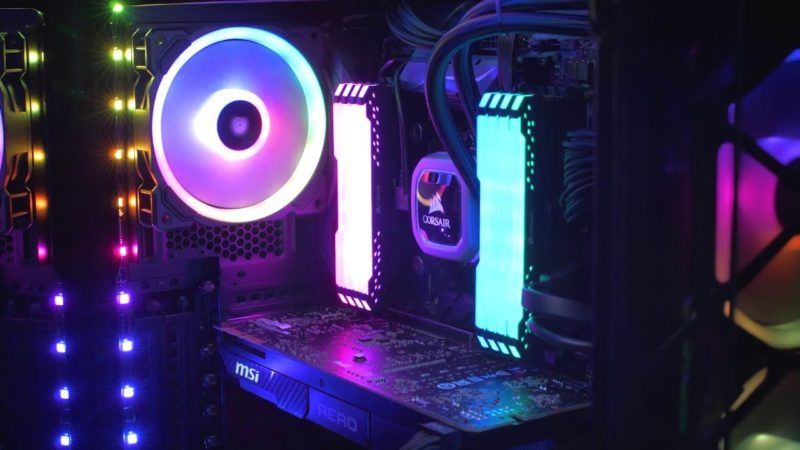 DDR5 is the latest Gen RAM in the PC gaming market right now. It is faster than the previous-gen DDR4 gen and compatible with the latest-gen software and operating systems. DDR5 RAM now comes with the lowest version of 4800 MHz speed and a max of 6400 MHz speed.

Now the central fact is, does the RAM frequency speed matters? Does the huge difference in RAM frequency make much difference, primarily while gaming? To clear this confusion, we tested five different RAM Speeds in Gaming. By keeping the whole system’s other hardware unchanged, we tested from low to high-frequency RAMs by running some latest high graphics games.

Now without further delay, let’s check out the Gaming Performance of the DDR5 RAM speed of five different frequencies.

Here are the details of the test setup we are using to check the DDR5 RAM Speed of different frequencies.

Here are the results of the Gaming FPS Benchmarks from low frequency to high frequency. All games were tested on ultra setting at 1080p.

The above chart list shows an average of 15 fps difference between the lowest and highest frequency ram. The price of 4800 Mhz RAM starts at approximately $43.99, and the cost of 6400 MHz RAM begins at roughly $175.99. Suppose you think that an average of 15fps matters to you, then you can buy the highest 6400 MHz frequency ram for now. But from our perspective, it does not matter; you are good even if you have 4800 MHz RAM.

Remember that releasing the latest gen high-speed hardware in the market does not make your hardware useless. You are still the king with your setup, and you seriously don’t need to waste your money if you are purely vested in gaming.

So this was all about whether the latest-gen DDR5 RAM speed affects the latest-gen games. If you feel we have missed anything, let us know in the comments below.