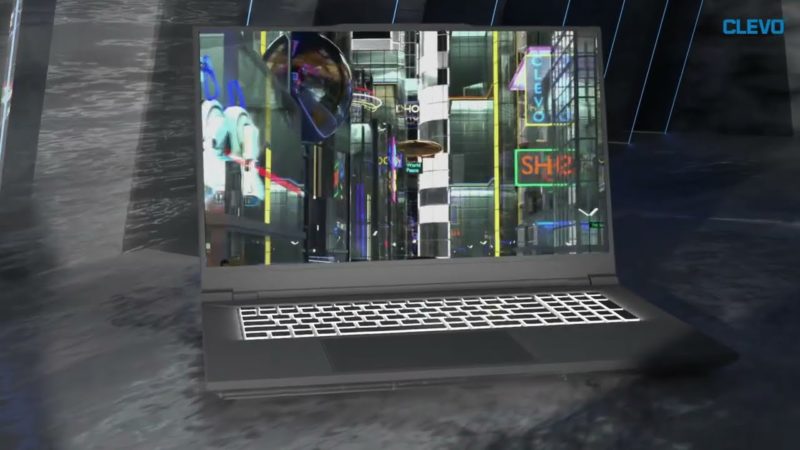 Earlier, Clevo used to manufacture Gaming laptops for the MSI. Besides them, Clevo also manufactures hardware for various machines for Schenker or XMG, Maingear, and Eurocom. This year in 2022, Clevo is releasing their very own Gaming Laptop. In their recently posted video, Clevo has shown their latest Gaming Notebook Model Clevo X270.

This Clevo Notebook is constructed with the latest Gen Intel Alder Lake H series CPU. But as we know, as per the company statement, user rating, and our experiment, the Alder Lake H series chipsets demand a tremendous amount of power. So keeping that thing in mind, Clevo has squeezed in seven premium quality copper heat pipes. They also made use of the high quality liquid thermal paste to withstand the heat produced during tremendous workloads.

The entire thermal system can keep the temperature at approximately 10 degrees Celcius less than the other competitors. From the company’s official statements, this 10 degrees Celcius less result is based when it is compared to other laptops within similar power and price range. So Clevo, this year has focussed a lot on the cooling aspects of the computer. This will help maximize heat dissipated from the CPU while preventing thermal throttling.

When it comes to the display section of this laptop, this Clevo X270 Gaming Notebook comes with a 17.3-inch Display. AU Optronics has exclusively manufactured this panel. The x270 Clevo laptop also comes with a decent number of ports. This laptop has two Thunderbolt4 ports, two USB 3.2 Gen 2 ports, one ethernet jack, and one DC charging jack.

Clevo has squeezed one headphone-microphone combo jack for the audio and a separate micrphone/S/PDIF optical combo jack. One Display port and one HDMI port to deliver external video output. And for the battery section, the Clevo x270 features a 99 Wh battery, which has a 15hr standby time as per the company’s official statements.

Although this laptop hasn’t been released yet, we can’t give you any further details such as benchmark, build quality, battery life test, price, etc. But as per the Market and user’s expectations, we might expect that it will deliver performance at least or close to the Nvidia RTX 3060 GPU.

So this was all about the Clevo X270 Notebook, which is coming in Q4 of 2022. If you feel we have missed out on something, let us know in the comments below.