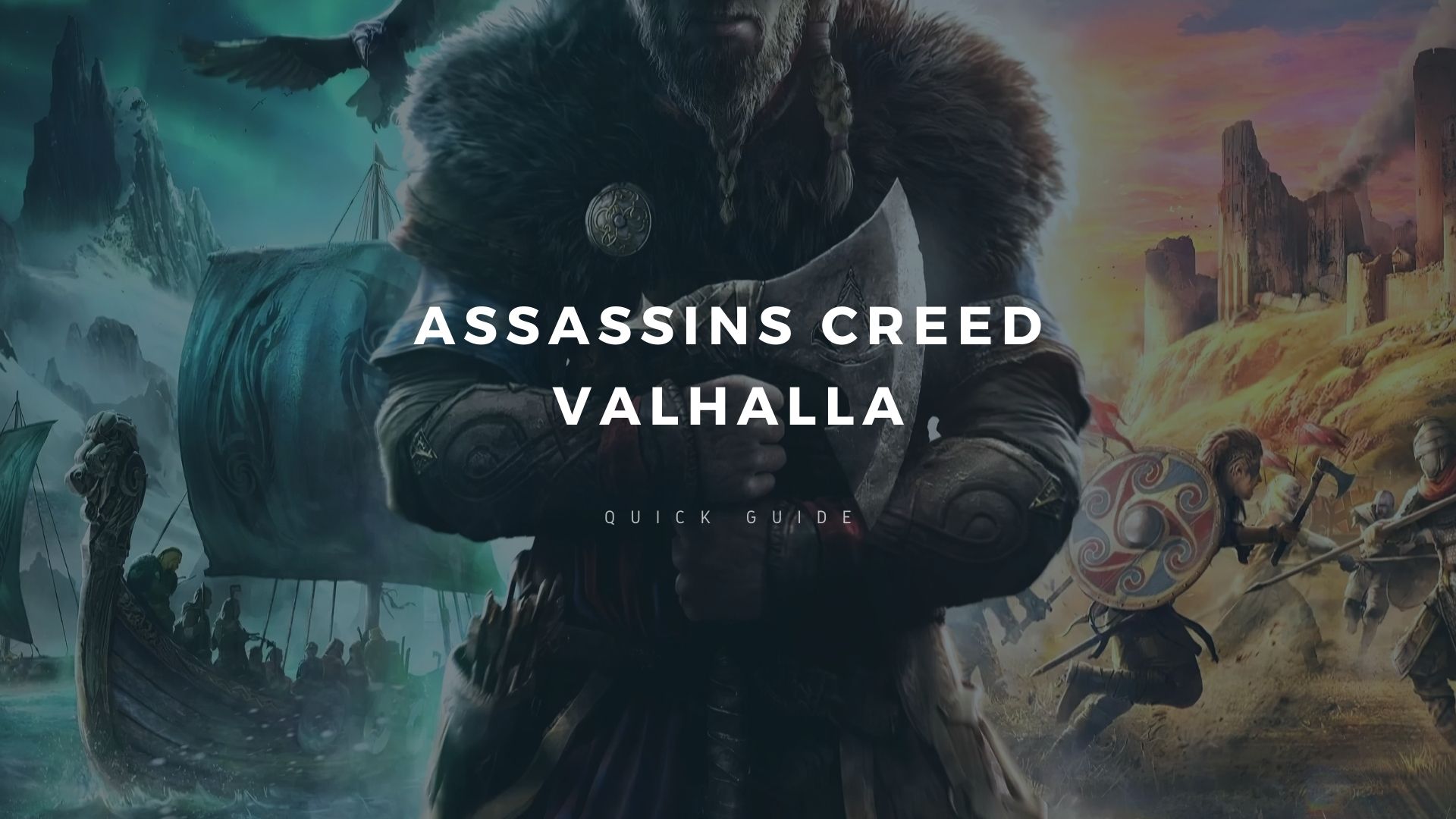 But first, let’s quickly jump into the Minimum and Recommended Settings required to play the game.

The Assassins Creed Valhalla is available on all major platforms like the Xbox, PlayStation, PC, Google Stadia and even supports all the newer generation consoles. The game is released on PC via the EPIC Games. You can also purchase the game and start your Viking journey by clicking here. There are three Game editions to choose from, i.e., Standard Edition, Gold Edition, and the Ultimate Edition.

Starting the game first, once we are on the Main menu. Click the Options button and select Graphics Quality. I have set everything to Ultra as the GTX 1080 can handle it because of its 8GB graphics memory, a Recommended setting for this game.

After setting up the Graphics, please go through the rest of the settings like Control, Gameplay, Interface, Sound and tweak it according to your needs.

After that, come back to the Main Menu and click on the New Game option. Select your Exploration difficulty. I have chosen the Default Explorer option being Adventurer the easiest and Pathfinder to be the toughest with minimum resources.

Select the Combat Difficulty from among the four options Skald, Viking, Berserker, and the hardest being Dredger. We will be going with the Vikingr difficulty.

Since Assassins Creed Valhalla also has stealth mechanics, we will select the Stealth difficulty also from the three options. We are going with the Assassin Difficulty. Select and hit enter.

After this, we will be headed straight towards the first Main Storyline Prologue mission.

That’s it for now
Until next time…