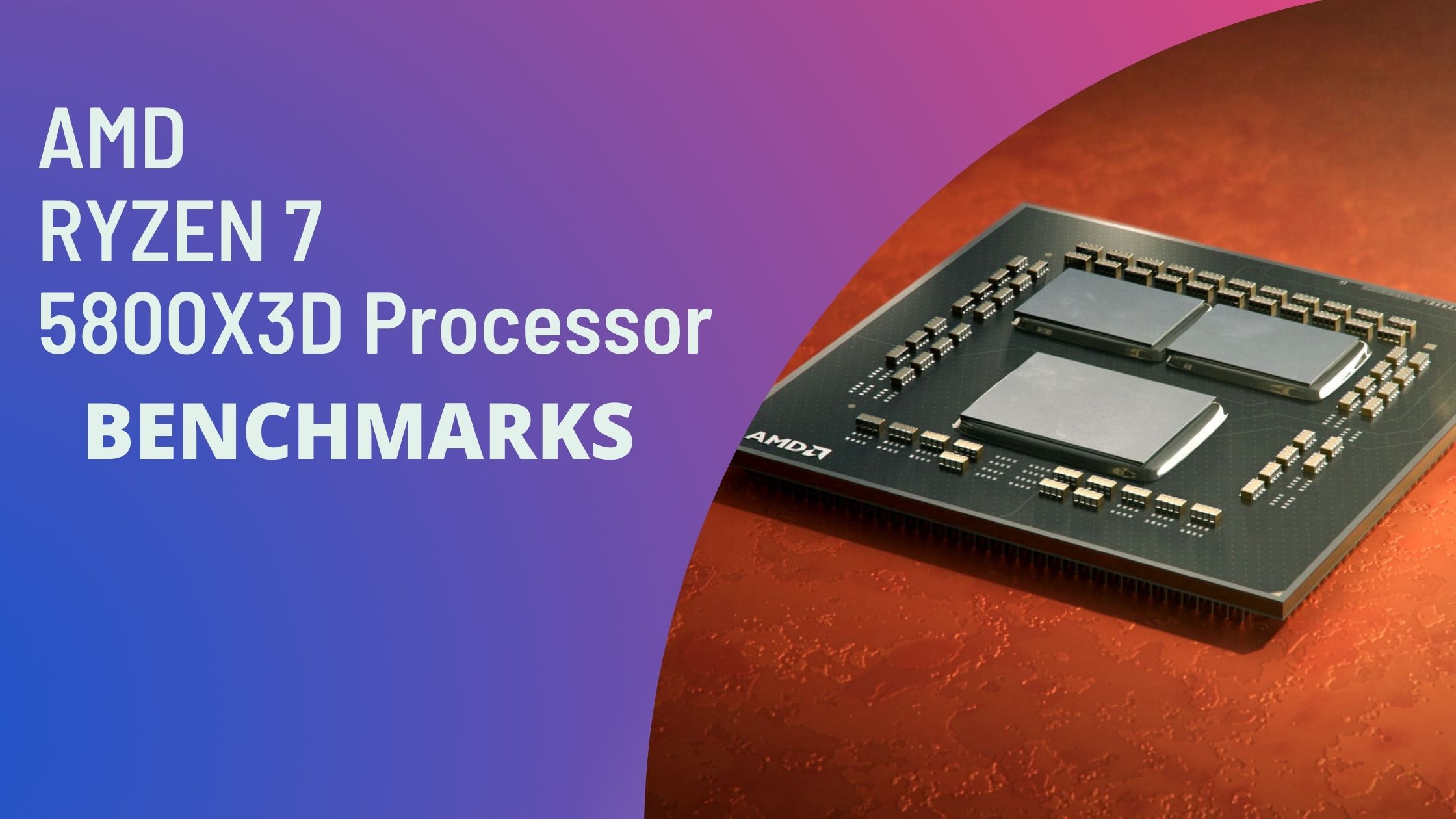 AMD claims that their new chip AMD Ryzen 7 5800X3D is 15% faster than the Intel Core i9-12900K with reduced with their all-new Cache Stacking Technology. So we talk about the Processor itself as well as the Ryzen 7 5800X3D Benchmark and performance.

While Intel with their Alder Lake 12th Gen CPUs comes ready to run the latest DDR5 memory out of the box with the all-new and faster PCIe express 5.0, AMD now announced their own new set of Ryzen processors at CES 2022 which will be able to support and run DDR5 and PCIe express 5.0 with ease.

From the several statements from AMD Ceo, Dr. Lisa Su, the new Ryzen 7 5800X3D is gonna use their latest 3D V-Cache technology that they have been working on for over a year now and it will beat Intel Core i9-12900K Processor.

AMD is also claiming that this 3D V-CACHE technology will provide 200 times more connection density when compared to a 2D Chiplet on the package.

AMD is going to utilize their V-Cache technology using AMD Ryzen 7 5800X as a base processor, so this indicates that the chip will be manufactured with 8 cores, 16 threads, with a 105W power requirement. But AMD made a lit bit of a change, this time around L3 cache will be 96MB whereas the previous model contains 32MB.

Basically this 3D Cache Stacking technology adds more cache on the top of a Complex Core, resulting in lowering and improving latency, and hence better performance. AMD developed this solution in collaboration with TSMC so that the extra cache is actually carried on a chipset based on TSMC’s latest 7nm manufacturing process that is optimized for further cache density.

It will be an unlocked overclocking processor with a base clock of 3.4GHz and with a max boost clock of 4.5GHz. AMD also added that this processor is compatible with all the B450, B550, X470, and X570 motherboards.

AMD has confirmed that this processor is going to be a Zen 3 or technically a Zen3D because of the V-Cache. The processor is very much compatible with AM4 Societ and you will be able to overclock it similar to AMD Ryzen 5800X.

The company also says that this is going to be the last AM4 Socket supported processor as Zen 4 and AM5 Sockets with DDR5 support is just right around the corner.

Here are some quick performance Metrics of the Ryzen 7 5800X3D Processor.

Well, the CPU still didn’t hit the market so no question of testing with other processors but thanks to AMD company itself they have released their statements with some following games.

Shadow of the Tomb Rider– When compared to AMD Ryzen 9, this game is giving 1.1 times more performance in the AMD Ryzen 7 5800x3D V-Cache CPU.

So we can see this CPU with 3D V-Cache is giving an average of 15% more performance than AMD’s last-generation processors. All games were tested with their latest patch fixing installed, on the Windows 11 platform.

Will this make a game-changer according to their statements that it is going to be the fastest CPU in the world by beating Intel Core i9-12900k Alder Lake or not? And will AMD live up to its claims of the Ryzen 7 5800X3D being the fastest Gaming processor in the world? Let’s wait until it releases in Spring, 2022.

So this was all about the all-new AMD Ryzen 7 5800X3D Benchmark. We will share and update more games on this article soon. So stay tuned.