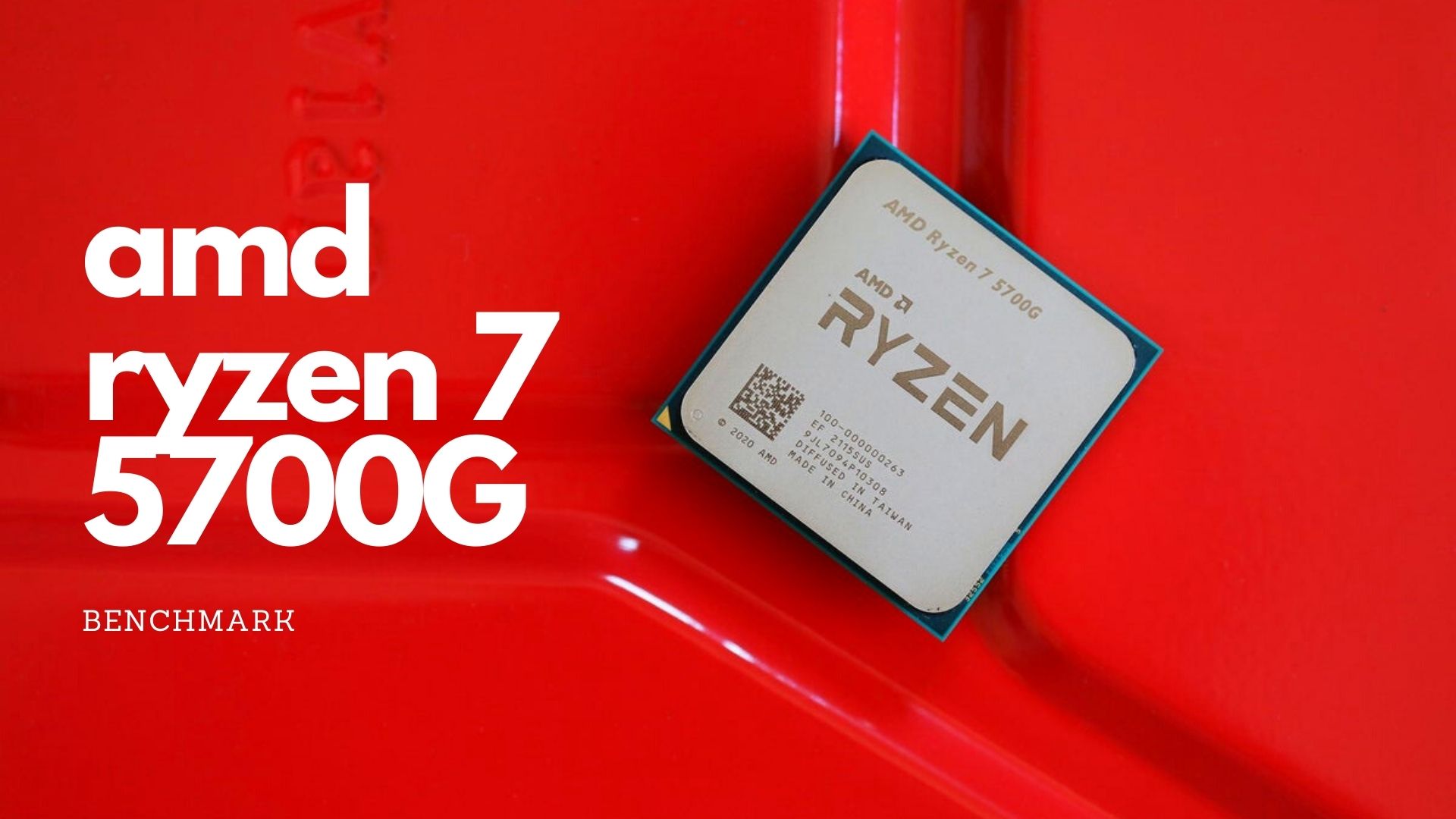 You definitely can’t go wrong with this new APU if you don’t plan to use a discrete graphics card! This is where the new AMD Ryzen 7 5700G Benchmark speaks for!

A few days back, at the CES 2021 Launch Event, AMD CEO Dr. Lisa Su announced the return of Gaming APUs in the market with the all-new AMD Ryzen 7 5000G Series processors. Equipped with the latest Zen 3 Architecture and based on the 7nm manufacturing processes. These are eight core 16 thread Cezanne Processors capable of running Games at good framerates and would equally act as a great CPU itself if you pair it with a high-end graphics card without bottlenecking.

The AMD’s powerhouse Zen desktop Ryzen 7 5700G CPU is on the rise and is evolving, and the consumers love it because of the highly inflated pricing in the Graphics Card market. The new AMD 5700G Ryzen APU also earned the prestigious Editors Choice Award as one of the fastest and most Processor with dedicated Vega 8 Graphics. So let’s talk about the AMD Ryzen 7 5700G benchmark, and let us see how it competes against its competitors!

In our earlier blog, we talked about the entry-level AMD Ryzen 3 5300G Performance & the mid-range APU AMD Ryzen 5 5600G Performance. Today we will be looking at the flagship AMD Ryzen 7 5700G benchmark and how it stacks up against its own AMD Ryzen brothers and Intel Counterparts.

The AMD Ryzen 7 5700G is readily available worldwide for consumers from the 5th of August 2021. Although they started shipping the new Ryzen 7, 5700G Vega graphics enabled processors to be a part of the latest OEM builds.

These new Zen 3 Cezanne AMD Ryzen 7 5700G price at only $359, competing directly with the high-end Intel i7 Processors.

The AMD Ryzen 5700G Processor was paired with an Nvidia RTX 2080Ti Graphics Card for this test. Let’s see how much of a difference the three processors make.

Let’s test out the new AMD R7 5700G vs. its little brother R5 5600G and the previous Generation Ryzen 5 3400G. This is an iGPU Gaming test with no discrete Graphics Card used.

An interesting thing to note is that AMD confirmed these four models to be compatible directly without any bios updates or required.

The earlier generation B450 and X470 motherboards should work, but that depends on the brands’ support.

The AMD Ryzen 7 5700G is an octa-core 16 thread Processor with an integrated RX Vega Graphics, which is really good for 1080p gaming. That being said, you have to tone down your settings to get a playable framerate. However, games like the Valorant, Counter-Strike, Dota 2, and other esports run really well on the Vega 8 iGPU. Since the prices of Graphics Cards surged last year amid the Coronavirus pandemic and the rise of bitcoin mining did bring inflation to the GPU market.

If you are looking at the fastest APU in the market, the AMD Ryzen 7 5700G benchmark takes away everything. It will be a great CPU if you want to build a system in a tiny form factor where there is no space for an external GPU, or you want to build a small entertainment PC setup for your living room where you can sit back on the couch and enjoy binging Netflix or Amazon Prime. A system built on the AMD Ryzen 7 5700G APU platform is guaranteed to provide great value and performance while keeping your power costs really low.

The new AMD Ryzen 7 5700G is an excellent APU for DIY PC builders and beginner gamers in general.

That’s all for now
Until next time