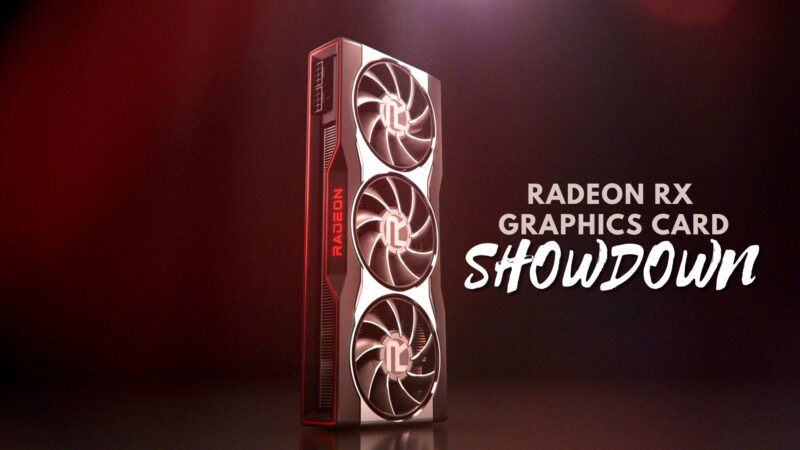 Today we are bringing you a Radeon RX Graphics Card Performance Showdown. We are including all the latest RX 6000 Graphics Card from the folks over at AMD!

AMD has launched there several GPUs within different price and performance ranges from low to high. where it is a question of performance, every card has given decent performance according to its budget price.

So without further delay let’s check out the Radeon RX GPU Performance showdown!

The AMD RX6900XT and RX6800XT cards are quite similar but some minor differences. Both are 16GB cards with a 256-bit memory bit and come with a base clock of 2015MHz where both can be boosted for overclocking of up to 2250MHz. Both cards’ have a maximum memory bandwidth that goes up to 512GB/s.

AMD gives the best optimal performance when paired with their family product for example a Ryzen Processor. So for testing, we prepared our testbench with AMD’s latest fastest Ryzen 9 5900X CPU and paired it with 16GB DDR4 RAM.

AMD has given in their statement that their DDR5 supported Processors are coming in 2022 so they are evident hoping that games would run much faster and better with the new and updated DDR5 Platform. All games have been tested in 1080p with mid to high settings.

So, we can see a pretty good performance of these AMD GPUs according to their range according to their performance, and for the price which it comes at. Radeon has been giving tough competition to Nvidia with these cards retailing at a much cheaper price range than the green team. With these results, keep in mind that the FPS may vary from system to system.