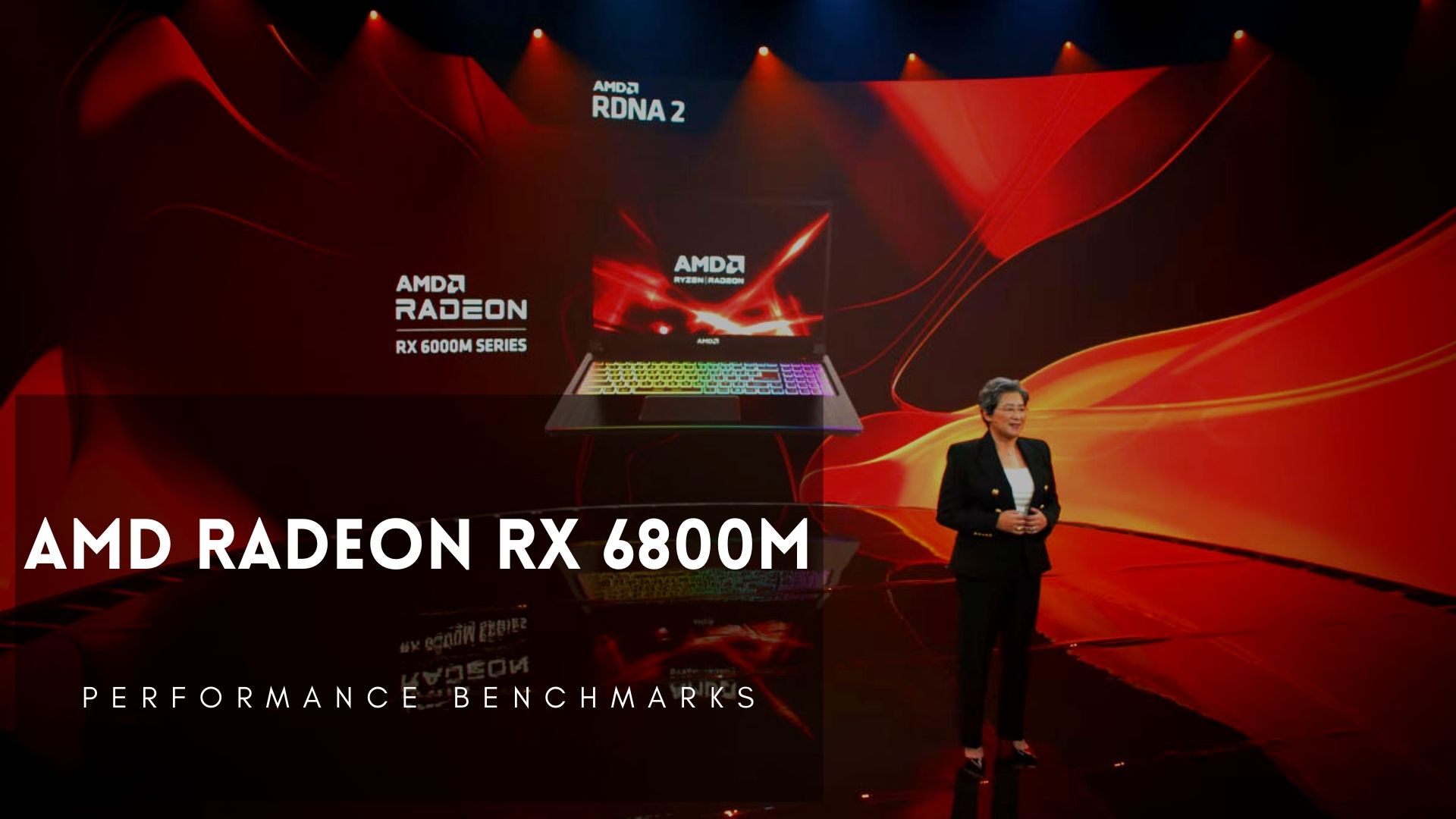 So AMD recently launched their all-new Radeon RX 6800M & Radeon RX 6700M Mobile Graphics Processing chips designed for Gaming laptops at the Computex 2021. These RX6000 series are based on the RDNA2 architecture. AMD released these Radeon GPUs to compete for head to head with the more dominating Nvidia Laptop GPU market.

AMD’s latest FidelityFX Technology is like Nvidia’s next Generation Ray tracing but with more performance and supports every Graphics enabled chip in the Ryzen APUs and Radeon RX Graphics card.

We will be looking at the AMD Radeon RX 6800M performance benchmarks when paired with Ryzen 9 5900HX processor.

Here are the specifications of the AMD RX 6800M Laptop Graphics Card.

The ASUS ROG Strix G15 (G513QY) Gaming Laptop is powered by the latest Ryzen 9 5900HX, an 8 Core 16 Thread Processor with a base clock 3.3Ghz while boosting up to 4.6Ghz. With Vega 8 onboard running at 2100Mhz, the TDP of this Ryzen 9 5900HX is only 45W. Also, along with that, we get 16GB of DDR4 3200Mhz RAM paired with a 512GB NVMe M.2 SSD. This laptop has the AMD Radeon RX 6800M Graphics card with 12GB of GDDR6 video memory. The display side does come with a 300Hz display with AMD Freesync Premium and sRGB Color Gamut. Since this is an HX series processor, the Processor is overclockable, and you can extract more juice out of it.

This laptop is an AMD Advantage Gaming laptop because this Laptop features both AMD CPU and an AMD GPU as well AMD recently announced at Computex 2021 that the AMD advantage machine would have the best quality Hardware Design and Certifications while delivering better quality laptops with the best in the market thermal and display solutions. The AMD Radeon RX 6800M is designed for 145W TDP, so it pushes the laptop power to its limits and offers new synergies when paired with an AMD Ryzen 5000 Series Processor.

These are some of the performance insights while running games on 1080p and 1440p.

The AMD Radeon RX 6800M is a great Gaming GPU and can match Nvidia’s flagship offering in the Laptop Graphics market, the RTX 3080. The RX 6800M was only 10% slower than the RTX 3080 at 1440p, but 1080p, the performance is more or less identical. It basically sits between the RTX 3070 and the RTX 3080. Earlier Nvidia didn’t have any competition in the Laptop GPU market, but this year, AMD is at the neck to neck with the Nvidia GPUs, which is actually good as it will reflect more in the prices.

Although it is to be pointed out, Nvidia offers a more mature Ray Tracing level than the FidelityFX Technology by AMD. DLSS 2.0 is a big selling point for Nvidia, and it certainly gives an edge in certain workload and gaming applications. Plus, Nvidia also gives their encoder functionality and CUDA support, and AI-powered RTX Voice minimizes all background noises and works like wonder.

The ASUS ROG Strix G15 G513QY Gaming Laptop will be priced at around $1700, depending on the configurations and options you explore. That is almost USD 500 cheaper than the cheapest RTX 3080 Laptop and 100$ cheaper than the RTX 3070 with 15-20% better performance. This year checked almost all the boxes to make one of the best Laptop GPUs ever.