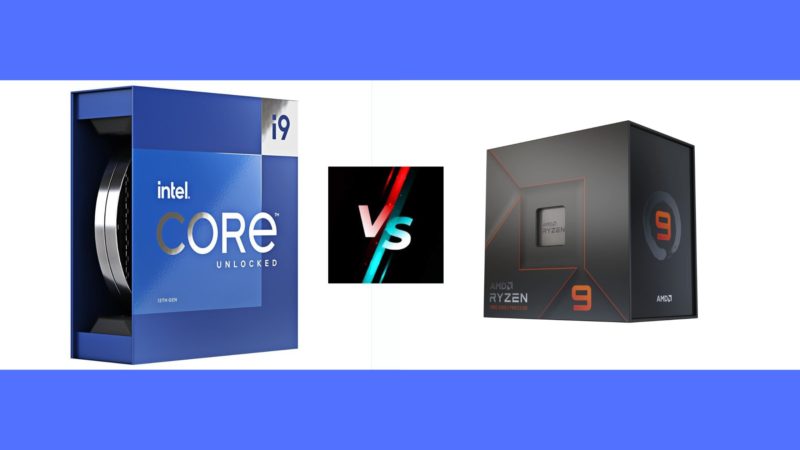 The all-new Intel Core i9 13900K was announced in September 2022 alongside AMD’s new Ryzen 7000 Series Processors. The new Intel Core i9 13900K has an excellent overclocking facility and comes with both DDR4 and DDR5 Support. With the new Z790 motherboards, you can have RAM Speeds over 6800+ Mhz which is ideal for Content Creation and Gaming related applications while costing $110 less than the AMD Ryzen 9 7950 processor from AMD.

So today, we tested two flagship processors to see which performs best in gaming. We will be testing these with the help of the current Nvidia Flagship, RTX 4090. So without further delay, let’s quickly check out the performance difference between the Intel Core i9 13900K and the AMD Ryzen 9 7950X.

We are using the test setup to test the all-new Intel Core i9 Raptor Lake Processors vs AMD Ryzen 9 Zen 4 Processors.

We tested out the latest games at 1080p. We could have gone higher, but since most gamers are still stuck with 1080p resolution, we thought we would stick with FHD resolution for this article. Remember that all the games were played at the Ultra settings at 1080p.

From the performance difference we see in the above charts, it can be easily said that the clear winner here is the Intel Core i9 13900k. The Intel Core 13900k maintained a steady lead in all the games except for Hitman 3, where the Ryzen 9 7950X took a minimal lead in frames per second. But other than that, the Core i9 13900K takes the lead for all the games. Intel made a remarkable comeback into the gaming scene with their all-new Intel Core i5 13600K and Intel Core i7 13700K processors.

For the price, there is a difference of almost $110, and despite Intel Core i9 13900K costing around $589 beats the AMD Ryzen 9 7950X 7000 Series Processor, which currently has pricing for about $699. Plus, the Intel 13th Generation chips feature DDR4 support as well for people who are tightly on budget.

The processor supports both DDR4 and DDR54 memory, but AMD supports only DDR5, which can be a big letdown, keeping in mind the competition. Right now, Intel is much cheaper than AMD, hands down offering better performance at the same price as the 12th Gen chips.

So this was all about the Intel Core i9 13th Gen vs the Ryzen 9 7950X CPU Performance benchmarks. If you think we have missed out on anything, let us know in the comments down below.